A mom who’s very familiar with the NFL speaks out against domestic violence in general and says the league should be a leader on the issue.

On "New Day" Friday, Leigh Anne Tuohy, who was portrayed by Sandra Bullock in "The Blind Side," shared her perceptive with CNN’s Michaela Pereira.

Tuohy said domestic violence is an epidemic in the U.S. and she doesn’t think people should be ‘cutting the herd with a couple of players in the NFL.’

Though these recent controversies do offer the administrators within the league a chance to 'step up.'

"Let's let everyone emulate what we're doing," she said.

NFL commissioner Roger Goodell has taken a step in the right direction by bringing four new women on to consult on domestic abuse policy alongside him.

While Tuohy appreciates the action, she said "it's never enough," and wants to see more mothers, social workers and grassroots people on the committee.

Tuohy knew Ray Rice, Adrian Peterson and Greg Hardy and believes their transgressions were out of character.

She said aggressive behavior on the field should never be an excuse for beating women or children.

This activist said the best way to stop violence is to teach respect from an early age.

"We've got to get with these kids when they're young and teach them about doing the right thing," she said.

"Respecting people, being givers, making a difference, standing up for your fellow man."​

The House approved President Obama's plan to arm and train Syrian rebels yesterday and the Senate may vote as early as today on the same measure.

But who are these fighters that may get funding and weapons and can they defeat ISIS on the ground?

On "New Day" Thursday, we spoke with a former general of the Free Syrian Army, Salim Idriss, on whether the FSA is strong enough to defeat ISIS and continue to battle the Assad regime.

Idriss feels confident the FSA can take on both targets, despite the fact he himself was voted out of power from the FSA for suggesting the rebel group work with the U.S. against ISIS in the past.

He said there will be no problem for the forces to fight both targets because "They know that ISIS is a big danger – at this time it is more dangerous than the regime itself.”

The rebel leader said the group will need resources and training to be able to battle ISIS but agreed with President Obama that U.S. ground troops are not needed.

“We just need the support,” he said.

Idriss had confidence that with the help, the FSA "can train many, many groups at the same time" in Syria, telling CNN’s Chris Cuomo that they could train 5,000 more troops in about two months.

For context, that number would double the force as it stands now.

“It is important now to train the fighters, to unify them,” he said.

“And to force them to work under a central command.”

Do you support President Obama’s plan to arm and train the Syrian rebels as a means to defeat ISIS on the ground? Let us know what you think.

Ahead of Senate vote, many Democrats wary of plan to arm Syrian rebels

Obama, Kerry: No U.S. troops will be sent into combat against ISIS in Iraq, Syria​

The Minnesota Vikings announced Wednesday that Adrian Peterson will not play again until his legal issues are resolved. Peterson was indicted on a felony child abuse charge last week.

On "New Day" Wednesday, former NFL player and ESPN analyst Keyshawn Johnson agreed with the Vikings and said the team made "the right move" in suspending Adrian Peterson.

The players' union and lawyers may fight this suspension since Peterson has not yet been convicted on child abuse.

While Johnson said he is a "firm believer in due process", he went on to say "how much evidence do you need when there are pictures sitting right in front your face?"

Tell us what you think, do you feel the Minnesota Vikings jumped the gun in suspending Adrian Peterson before being convicted of a crime? 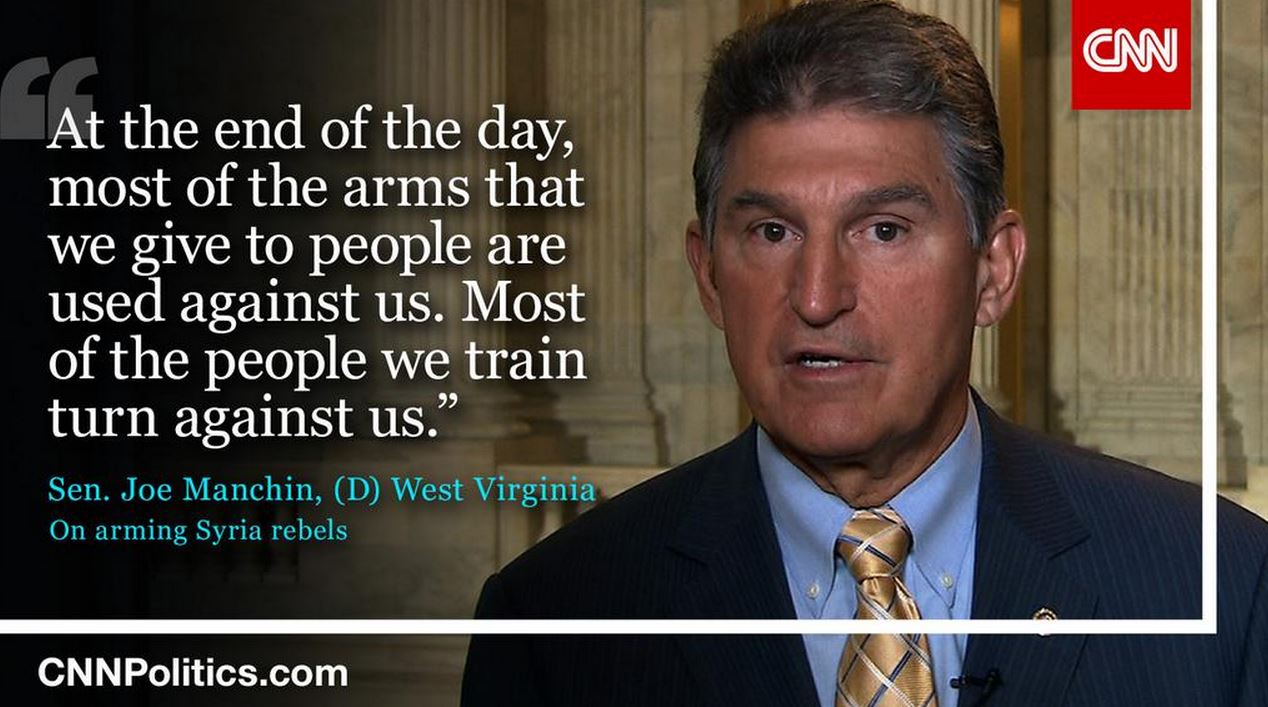