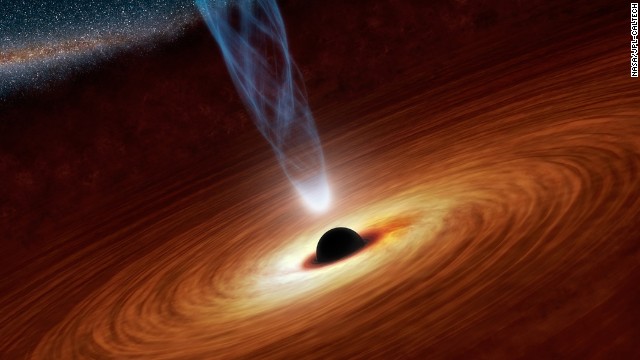 Scientists looking for signs of life in the universe - as well as another planet like our own - are a lot closer to their goal than people realize.

That was the consensus of a panel on the search for life in the universe held at NASA headquarters Monday in Washington. The discussion focused not only on the philosophical question of whether we're alone in the universe but also on the technological advances made in an effort to answer that question.

"We believe we're very, very close in terms of technology and science to actually finding the other Earth and our chance to find signs of life on another world," said Sara Seager, a MacArthur Fellow and professor of planetary science and physics at the Massachusetts Institute of Technology.

"Finding Earth's twin, that's kind of the holy grail," said John Grunsfeld, an astronaut who helped repair the Hubble Space Telescope in 2009 and is now an associate administrator at NASA.

In a daring operation worthy of a movie, three men escaped from a Canadian jail by helicopter, prompting a massive manhunt, authorities said.

The men escaped from a detention center Saturday night in Quebec City.

"A helicopter touched down briefly in the courtyard before taking off with the three prisoners," Ann Mathieu, a spokeswoman for Quebec Provincial Police, told CNN.

A beloved Roman Catholic priest was found dead Wednesday in his church's rectory, spurring police to launch a murder investigation and those he touched to try to make sense of his sudden passing.

Eureka, California, Police Chief Andy Mills said officers - responding to a call from staff at St. Bernard Church - first came across the victim around 9 a.m. Wednesday. He did not elaborate on how the death occurred, adding Wednesday night that there were no suspects.

Mayor Frank Jager identified the victim as the Rev. Eric Freed, whom he called a personal friend and a "tremendous person in this community" since his arrival three years ago. The St. Bernard Parish website featured a cross and the words, "Rest in Peace," above Freed's name.

"He was a really, genuinely warm individual," said professor Stephen Cunha, the chairman of Humboldt University's religious studies department where Freed taught for more than 10 years. "... Kind is the word that comes to mind, sensitive."

Noting that students at the state university loved Freed - who was also deeply involved in that school's Catholic student group, the Newman Center - Cunha added: "This was not some stuffy clergyman. He was very much someone that you could sit down and speak with...

"He connected with everybody."

Local and state authorities remained at St. Bernard Church - one of two in the coastal Northern California city situated 275 miles north of San Francisco where he was the sole pastor - late Wednesday processing the crime scene and following up on tips, Mills said.

Those efforts include looking for Freed's vehicle, a 2010 Nissan Altima. The police chief said that authorities had no solid leads.

Just a few days ago, the priest sent a note to his parishioners thanking them for their support and prayers and wishing them a Merry Christmas and Happy New Year.

"I cannot tell you how proud and honored I am to be your pastor,"Freed wrote in a letter posted on the parish website. "Our parish is alive, joyful and full of faith, hope and charity that define us as Catholic Christians."

While he was relatively new to St. Bernard, Freed had already made an impact there and elsewhere around Eureka - including with the city's Japanese-American community, as Freed lived in Japan for many years - Jager told reporters.

"This is an absolutely tremendous loss not only for the St. Bernard's Parish, but for our community generally," the mayor said. "For those of us who believe in prayer, this is the time for that."

His ties to Humbodt State went back even longer. A guest lecturer, Freed wrote a book about the first atomic bomb and also taught about the New Testament, connecting with Christians and non-Christians alike.

"He was very well respected, very well liked and had a tremendous working knowledge as well as academic knowledge," Cunha said. "... To think that he passed in this way: It's just layers of grief and shock."