A truck driver charged in a weekend crash that killed a man and injured comedian Tracy Morgan and others in New Jersey was awake for more than 24 consecutive hours before the incident, a criminal complaint filed in the case says.

Kevin Roper, 35, is charged with vehicular homicide and assault by auto in the Saturday morning crash on the New Jersey Turnpike.

The wreck took place about 1 a.m. Saturday when the limo van Morgan was in was hit by a tractor-trailer on the New Jersey Turnpike, police said.

Comedians Ardie Fuqua and Harris Stanton were among the injured, as was a man named Jeffrey Millea.

"He has been more responsive, which is an incredibly encouraging sign," publicist Lewis Kay said Sunday.

Child Goes on 'Bucket List' Trip Before He Goes Blind

In today's edition of the "Good Stuff," a child goes on a 'bucket list' trip before he goes blind and lives his dream of seeing the Boston Celtics play basketball. CNN's Chris Cuomo reports.

Just like any other night in the NBA, the starting lineups of the Boston Celtics and visiting Golden State Warriors were introduced over the public address system.

But Wednesday wasn't just any night at Boston's TD Garden. And the loudest ovations were not for members of either team.

Louis "Louie" Corbett, 12, who is rapidly losing his eyesight due to retinitis pigmentosa, was in the house to fulfill his final seeing wish: watch his beloved Boston Celtics play a game.

"Welcome Louis!" flashed on all four sides of the Jumbotron to thunderous applause.

"I'm quite excited to be here for the game," Louie told CNN affiliate WCVB.

While the reason for his long journey from Auckland, New Zealand, was distressing, the circumstances that brought two communities on opposite sides of the planet together were extraordinary.

Faced with the grim reality that he will soon lose the ability to see the world around him, his parents wanted to give their youngest of five children an international sightseeing tour.

"This year we're going to try and fill his world with as many beautiful images as we can," his mother, Catherine Corbett, told CNN.

Louie was instructed to make something of an ocular bucket list - things and places he'd like to see for the first, only and likely last time.

He picked places such as the Grand Canyon, Niagara Falls, the Empire State Building and, in a sign of the times, Google headquarters in California.

But the thing he wanted to experience the most wasn't a landmark or a national park. An avid sports fan, Louie wanted to take in a game. And not just any game - the Boston Celtics.

"For some reason, he really got hooked on American basketball," his mom said. "He cares about nothing else. He is really quite passionate about it."

See the full story here and if you have #GoodStuff news, let us know!

A young, beloved teacher found killed in the woods. A 14-year-old student in custody, charged with her murder.

That much we know. But hours after both were found - one dead, one alive - in suburbs northeast of Boston, much remains unknown as to why Colleen Ritzer was brutally slain.

"It's just surreal how quickly someone can go, and how much we take for granted everyday," said Danvers High School student Chris Weimert, describing Ritzer as "the nicest teacher you could ever have. ... I can't believe it."

Authorities had been looking for the student, Philip Chism, first, after he was reported missing - with police sending out messages via Twitter and Facebook on Tuesday evening, noting he'd been last seen around 6:30 p.m. and asking for the public's help in finding him.

“Also, the prosecutor's office has indicated that it wants to try Chism as an adult,” reports CNN’s Pamela Brown. But at this point that decision will be up to the grand jury.”

The school is meanwhile remembering Ritzer as a teacher who loved her students and also inspired them to appreciate math. Nicole White and Riley Doyle say they’ll remember Ms. Ritzer’s smile and positivity. (SEE VIDEO BELOW)

White says the school is taking her loss very hard.

“We all got together last night and everybody was really touched by what everyone did,” White says.

“And we were all wearing pink last night because it's her favorite color. And we lit the candles and everything and it's just been hard for everybody, but coming together last night I think made things a lot better.”

“I think a lot of people were shocked and were really turning to each other for a lot of support because we're all feeling the same way,” Doyle says. “So it's been nice to really have classmates who are there for you. 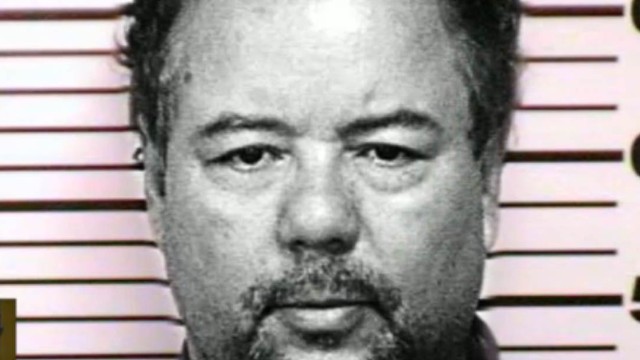 Castro was found in his cell dangling from a bed sheet with his pants and underwear down, corrections officials said. But that's not enough evidence to back up the notion, Gorniak said. His pants may have slipped off while he was hanging, she said.

Gorniak said she was not made aware that Castro was found with his pants down in the jail cell, but that does not change the cause of death.

There were no signs that he was sexually stimulated, she said.

"I did the autopsy myself. I saw the ligature. I saw the pictures of the cell. It was a suicide."

“During his month in state prison, officials say Castro was given more than one mental health evaluation and ‘indicated no current suicidal thoughts or past attempts to hurt himself.’ As a result, he was not placed on suicide watch,” reports CNN’s Pamela Brown.

“And the probe also found two prison guards allegedly failed to routinely check on Castro at staggered 30 minute intervals like they were supposed to and even created false logs to make it look like they did, including five false entries the day Castro died. They have been placed on administrative leave while authorities investigate.”