Report: USDA Should be Doing More to Fight Salmonella

Salmonellosis is a nasty illness. People infected with Salmonella develop diarrhea, a fever and abdominal cramps that usually last for four to seven days.

The dangerous bacteria is found in the food we eat, usually chicken, beef or eggs that have been contaminated with animal feces. And a new report from Pew Charitable Trusts says the U.S. Department of Agriculture's Food Safety and Inspection Service (FSIS) isn't doing enough to keep our food Salmonella-free.

"When more than 500 people get sick from two outbreaks associated with chicken that meets federal safety standards, it is clear that those standards are not effectively protecting public health," Sandra Eskin, director of Pew's food safety project, said in a statement.

Every year, approximately 42,000 cases of salmonellosis are reported in the United States, according to the Centers for Disease Control and Prevention, but the actual number of infections may be much higher. The majority of outbreaks over the last two decades have been linked to live poultry.

Pew researchers specifically looked at two recent outbreaks that were connected to chicken produced by Foster Farms in California.

Between June 2012 and May 2013, 134 people became infected with Salmonella Heidelberg - mostly in Oregon and Washington, according to the CDC. Tests identified the outbreak strain in four samples of chicken that were traced back to two Foster Farms slaughterhouses.

Then in the summer and fall of 2013, 389 people in 23 states and Puerto Rico became sickened with varying strains of Salmonella Heidelberg. CDC investigators determined consumption of Foster Farms chicken was the likely source of the outbreak.

"In neither instance did FSIS ask Foster Farms to institute a recall or stop shipping potentially contaminated chicken to market," the Pew report authors wrote.

No deaths were reported in either outbreak.

In a separate investigation, Consumer Reports said it found "worrisome" levels of bacteria in tests conducted on 316 chicken breasts, including 64 from brands that use no antibiotics in raising chickens and 24 organic samples.

"Every one of the four major brands we tested contained worrisome amounts of bacteria, even the chicken breasts labeled 'no antibiotics' or 'organic,' " Consumer Reports said.

The most common bacteria found was enterococcus, a fecal contaminant, in 79.8%. Next was E. coli, in 65.2%. Campylobacter, salmonella and staphylococcus aureus were also present, according to the report.

Dr. Roshini Raj speaks on "New Day" about these cases and offers advice to viewers on cooking chicken thoroughly and keeping surfaces clean.

"The old theory was 165 degrees will kill it. Now, some are saying go up to 185 degrees because we are seeing new strains of bacteria that might be more resistant to killing, but you also have to be very careful when you're handling raw chicken – that you're washing all the surfaces, all the utensils, your hands – before you're touching everything else in your kitchen," she says.

Some Morning After Pills Found Ineffective for Many Women

An emergency contraceptive manufactured in Europe will come with a new label in 2014, warning that the pill may not be effective for women over a certain weight.

The same may be true for emergency contraceptives in the United States.

French manufacturer HRA Pharma was conducting research on another topic related to its emergency contraceptive Norlevo when scientists realized there was "a clear impact of weight" on the drug's effectiveness, CEO Erin Gainer said.

"We felt it was our ethical duty ... to report those results to our health authorities here in Europe," Gainer said.

"One of the prevailing theory’s is that for the drug to work it, has to reach a certain concentration in the bloodstream. And for larger people it may require a higher dose. They're larger, they may need more of the medicine. But this drug is given in one dosage,"  CNN's Elizabeth Cohen reports.

Teva Pharmaceuticals, which manufactures Plan B, did not respond to CNN's request for comment.

In Europe, they're going to put warnings on the label about to do if you weigh more than 176 pounds, Cohen says. “And we’re told by the FDA, they are looking into whether they should do the same thing in this country, too.” 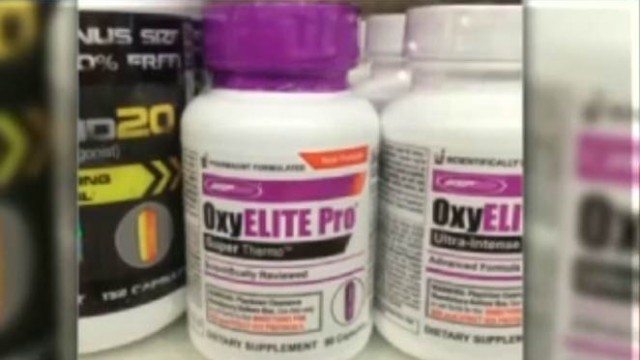 Hawaii health officials are asking stores to pull a fat-burning supplement from shelves after officials linked it to cases of liver failure and acute hepatitis in 29 people.

Two people have undergone liver transplants and one person has died, according to the Hawaii State Department of Health. Twenty-four of the people who fell ill reported using OxyElite Pro before being diagnosed; the patients had no other medication or supplement in common.

While the investigation is ongoing, health officials advised people to "discontinue use of the product at this time."

Hawaii investigators are working with the U.S. Food and Drug Administration and the Centers for Disease Control and Prevention.

"Anyone who develops symptoms such as abdominal pain or discomfort, fatigue, loss of appetite, nausea and/or vomiting, and yellow skin or eyes should consult their doctor immediately," Health Director Loretta Fuddy said in a statement.

OxyElite Pro is sold nationwide. Because it is a dietary supplement, it did not have to be approved by the FDA before going to market. CNN's Elizabeth Cohen explains.