Domestic Abuse and the NFL

Did NFL executives see video of Ray Rice punching his then-fiancee inside a casino elevator?

Perhaps as critically: Did they even need to?

On "New Day" Friday, ESPN's Jemele Hill doubted the league's ability to handle domestic abuse if it took video proof of the incident for the league to take more serious action against the player.

“Somebody telling you they punched their wife shouldn’t be any different than you seeing it," Hill said.

END_OF_DOCUMENT_TOKEN_TO_BE_REPLACED

What Are U.S. Options in Iraq?

For better or worse, Iraq and the United States have been attached at the hip for decades.

From the 1991 Gulf War to the 2003 invasion that toppled Saddam Hussein to subsequent years marred by violence and instability, there's no doubting the deep connection between the two nations. That's largely thanks to policies crafted out of Washington, be they intended to contain or eliminate Hussein or to stabilize and build up the fragile nation that remained in his wake.

So it is no surprise that, with militants overrunning much of Iraq and threatening its capital, people are turning to the United States.

What can it do? What will it do?

President Barack Obama has met with his national security team, which is preparing options for how the United States can make a difference in Iraq. As Secretary of State John Kerry said Thursday, "I know the President of the United States is prepared to make key decisions in short order."

Option No. 1: Send in American troops

First there was the Gulf War rout. U.S. troops didn't stay for long after that, but they did hunker down 12 years later. The responsibility that comes with rebuilding a country from over 6,000 miles away was one factor but so was the continued violence.

American troop levels in Iraq peaked at 166,300 in October 2007, according to the U.S. Defense Department.

Critics derided the withdrawal of U.S. troops by the end of 2011. Among them was Sen. John McCain, who on Thursday reiterated his disgust at that decision and called for the firing of Obama's national security team in part over what's happened in Iraq.

"Could all this have been avoided?" the Arizona Republican said about the current state of Iraq, though he didn't outright call for fresh military action. "And the answer is: Absolutely yes."

The biggest, simplest way to make an impact in Iraq: Send American troops back into the country.

But it won't happen again.

Iraqi Foreign Minister Hoshyar Zebari told CNN on Thursday that no one is calling for "American troops into Iraq." And of all options now on the table, it's the only one that the Obama administration has explicitly nixed.

"We are not contemplating ground troops," White House spokesman Jay Carney said Thursday. "I want to be clear about that."

Still, while the U.S. military might not have a role fighting on the ground in Iraq, it could have a role over it.

Obama said Thursday that "our national security team is looking at all the options," adding that "I don't rule anything out."

Expanding on the President's comments later in the day, Carney stated that Obama "was responding to the question about requests for airstrikes and would he consider airstrikes."

In the past, Iraqis have been very public about their desire to limit the involvement of the American military. Yet on Wednesday, a U.S. official said the Iraqi government had indicated a willingness for the U.S. military to conduct airstrikes targeting members of the Islamic State of Iraq and Syria and other militants.

American air power has proven effective before in campaigns such as Kosovo or Libya.

Yet it's not foolproof.

On Thursday, Carney dodged a question about whether Obama might consult Congress before sending warplanes into Iraq - saying it's too early to give an answer because the President hasn't decided the best course of action yet.

Plus, there are limits and challenges to attacking sites from the air.

For one, there's still a risk of casualties should warplanes be shot down. And secondly, it can be difficult to wipe out an insurgency from above, especially if militants blend into the civilian population.

Embattled Toronto Mayor Rob Ford said he is taking a break from his re-election campaign to seek help for alcohol abuse - hours after a local newspaper reported on a new video that allegedly shows him smoking crack cocaine.

"It's not easy to be vulnerable and this is one of the most difficult times in my life," Ford said in a statement Wednesday. "I have a problem with alcohol, and the choices I have made while under the influence. I have struggled with this for some time."

The statement, provided to CNN by Canada's CTV News, comes after the Toronto Globe and Mail reported on the new video.

In the video purportedly filmed Saturday, the newspaper reports Ford is seen smoking what a drug dealer described to the paper as crack cocaine from a copper-colored pipe. Two Globe and Mail reporters viewed the video, and the publication said it was shot in what appears to be Ford's sister's basement.

The paper said the substance in the pipe could not be confirmed.

The video is part "of a package of three videos the dealer said was surreptitiously filmed around 1:15 a.m., and which he says he is now selling for 'at least six figures,'" the paper reported.

Shortly after the newspaper confronted the Mayor about the video, Ford announced he was taking a break to get help.

"Today, after taking some time to think about my own well-being, how to best serve the people of Toronto and what is in the best interests of my family, I have decided to take a leave from campaigning and from my duties as mayor to seek immediate help," he said.

"He has to take a break to re-energize, because he realizes he has flaws that have to be addressed," Morris told CTV.

But Morris told the Globe that he questioned the authenticity of the video, and said it is hard to prove what the Mayor is smoking.

"If these guys are drug dealers and there's money involved, they can say whatever they want to get more money, to extract more money from the people who are paying," he said of the seller.

The Globe said it did not buy the video, adding it purchased screen grabs from the three clips. 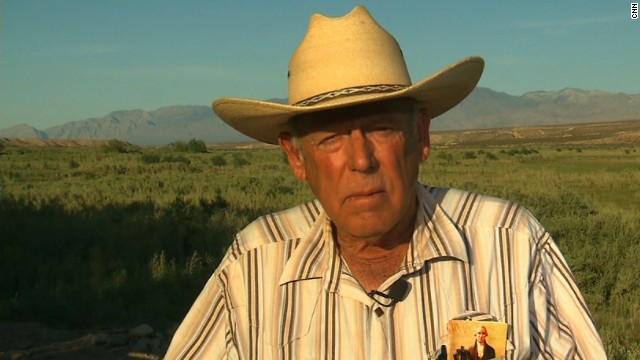