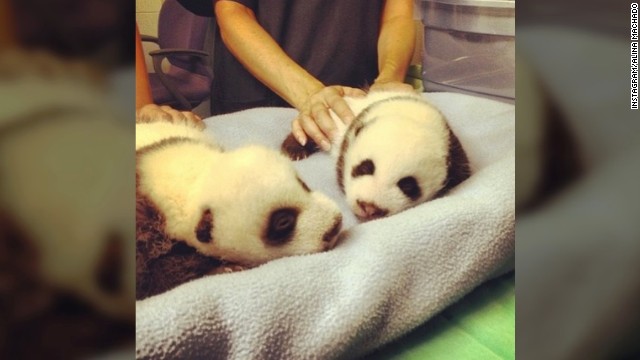 The only thing cuter than a baby panda might be TWO baby pandas.

CNN sent reporter Alina Machado and producer John Murgatroyd on Thursday to Zoo Atlanta for a behind-the-scenes peek at the twin panda brothers (the only surviving panda twins in the U.S.).

For her full report WATCH:

Machado and Murgatroyd got to watch as veterinarians weighed and measured Cub "A," took his temperature and listened to his heart. They'll be known as Cubs "A" and "B" until a naming ceremony 100 days after their birth, in keeping with Chinese tradition.