“I verbally took the reporter to task and told him off, because I expect a certain level of professionalism and respect, especially when I go out of my way to do that reporter a favor,” Grimm said in a statement given to NY1, a CNN affiliate.

“I doubt that I am the first member of Congress to tell off a reporter, and I am sure I won't be the last," he added.

It started when Grimm, who's under investigation by the Justice Department for illegal fundraising during his 2010 campaign, walked away from an on-camera interview about the State of the Union after the reporter, Michael Scotto, tried to ask him questions about the allegations.

"Alright, so Congressman Michael Grimm does not want to talk about the allegations concerning his campaign finances," Scotto said. "We wanted to get him on camera on that, but he, as you saw, refused to talk about that. Back to you."

With the camera still rolling, Grimm surges toward the reporter, who appears visibly surprised.

The second-term congressman, who's also a former Marine and former FBI agent, spoke aggressively to Scotto for about 20 seconds.

NY1 broadcast the confrontation, though it bleeped out the obscenities.

"Let me be clear to you: If you ever do that to me again, I'll throw you off this f***ing balcony," Grimm said.

Scotto replied that he was just trying to ask "a valid question."

"I was extremely annoyed because I was doing NY1 a favor by rushing to do their interview first in lieu of several other requests," Grimm said in the statement. "The reporter knew that I was in a hurry and was only there to comment on the State of the Union, but insisted on taking a disrespectful and cheap shot at the end of the interview, because I did not have time to speak off-topic."

Scotto said he didn't expect much of a reaction to the question.

"I was surprised about his reaction," Scotto said Wednesday morning on CNN's New Day. "I'm a New York City reporter. I'm used to pushback but I never encountered anything like that"

Asked by CNN anchor Chris Cuomo if he thought the threat was real, Scotto said "I don't believe the substance of the threat at all. I'm not taking it personal. I just think he was angry by the fact that I asked that question and I think he was even more angry by the fact that I kind of explained to viewers why he was not going to answer that question."

Scotto added that there were no preconditions when he spoke to the Grimm before the interview started.

"It is extremely disturbing when anyone threatens one of our reporters – let alone a U.S. Congressman. The NY1 family is certainly alarmed and disappointed by the behavior of Representative Grimm and demands a full apology from him. This behavior is unacceptable," reads the statement.

The Democratic Congressional Campaign Committee, which has long been targeting Grimm over the allegations, was quick to push out the confrontation in an e-mail blast to reporters.

Grimm has been known to get testy with reporters in the past, including on CNN's "The Situation Room" last fall.

"I don't think it's confrontational. It's 'Let's find areas to work together,'" he said Sunday on CNN's "State of the Union." "There are some items right before Congress we can do together."

He mentioned immigration reform, extending unemployment benefits, patent reform and the farm bill as possible items that could be accomplished with bipartisan support.

But, Pfeiffer added, "the President is not going to tell the American people that he's going to wait for Congress."

"He's going to move forward in areas like job training, education, manufacturing, on his own to try to restore opportunity for American families," he told CNN's chief political correspondent Candy Crowley.

Previewing Obama’s upcoming State of the Union address on Tuesday, Pfeiffer sent an e-mail message to supporters Saturday that said Obama will lay out a “set of real, concrete, practical proposals.”

He reiterated Sunday that 2014 will be a "year of action" and the President "is going to look in every way he can, with his pen and his phone, to try to move the ball forward."

Pfeiffer agreed with the characterization that Obama will be using his bully pulpit more often this year.

"Absolutely, absolutely," he said. "We do that in big ways and some small ways. … We are putting an extra emphasis on it in 2014."

Sen. Rand Paul, R-Kentucky, said on "State of the Union" that the White House's approach "sounds vaguely like a threat."

"I think it also has a certain amount of arrogance in the sense that one of the fundamental principles of our country were the checks and balances, that it wasn't supposed to be easy to pass legislation," Paul said.

"It's hard to convince people to get legislation through," Paul said. "It takes consensus. But that's what he needs to be doing is building consensus, and not taking his pen and creating law."

Another Resignation Comes in Christie Administration Over Bridge Scandal

New Jersey Gov. Chris Christie announced Friday the resignation of New Jersey's top Port Authority official Bill Baroni, as controversy swirls regarding allegations that politics played a role in a traffic study that closed several access lanes to the George Washington Bridge–one of the busiest in the world–in September.

Christie said Baroni accepted responsibility for not following the right protocols in approving the traffic study, which was led by a political appointee of Christie, David Wildstein. The lane closures caused major traffic delays on the bridge, which runs from Fort Lee, New Jersey, to New York City, and is part of Interstate 95.

"New York Times" reporter Kate Zernike weighed in on the controversy on "New Day" Monday and said she doesn't think it's over.

"We're going to see continued hearings on this and look, it's just a great story for reporters, so I think we're gonna all keep it alive as long as we can." 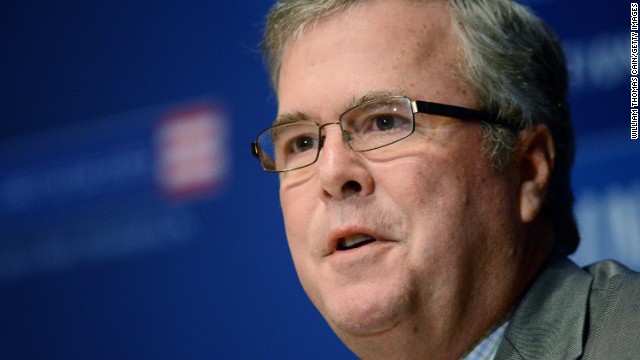