Yahoo's Number Two is Out

Henrique de Castro will leave  Yahoo with a severance package that could be worth $42 million,  and that's for a little more than a year on the job.

De Castro was Marissa Mayer's first big hire when she became CEO of Yahoo. But the "Wall Street Journal" says Mayer decided de Castro needed to go because he didn't deliver the ad-growth she needs.

See this story and more in today's "Money Time" with Christine Romans.

Military Retirees: You Betrayed Us, Congress

Military retirees are outraged that Congress will start voting Thursday on a budget deal that trims military pensions, calling the move "an egregious breach of faith."

"The Democratic Senate Armed Services Chairman says they are going look at this in the new year when Congress returns. But they are up against, certainly, some lawmakers who think that this is terrible," CNN's Dana Bash reports.

The Military Coalition, some 27 military groups, wrote to leaders in Congress and President Obama late Wednesday about their "strong objection" and "grave concern" over the budget deal.

The deal cuts pension cost of living raises by 1 percentage point for military retirees who aren't disabled and not yet 62 years old. Cost of living hikes are automatic raises intended to keep up with inflation.

The problem is, most military retirees are a lot younger than private sector retirees. They enlist in their 20's and retire in their 40's. Very few stay on till they are 62 - those who may be lucky enough to escape major injuries at war, or rose to higher echelons in the military system.

When compounded, the 1 percentage point cut could result in much more than a 20% reduction in retiree pensions over 20 years.

Senator Patty Murray responded on “New Day” Wednesday saying this provision was just one of many compromises. (SEE VIDEO BELOW)

"But at the end of the day, if we couldn't find a compromise on how we move forward, then we would be facing a $20 billion hit to our defense industry—meaning layoffs, and uncertainty, and a lot of furloughs harming a lot of families across the country.”

It's been the same story, 10 weeks running: Better luck next time, pal.

Could Friday turn the tide for the twice-weekly Mega Millions drawing, which has rolled over 20 times now since the 45-state lottery generated a winner?

Those are the odds of winning Friday's estimated $400 million jackpot.

Although five tickets in Tuesday's drawing matched the first five numbers, netting $1 million each, none of the tickets purchased for Tuesday's measly $344 million jackpot matched all six numbers.

Mega Millions estimates Friday's jackpot will be the fifth-largest in North America. And while it is a whopping big pile of money, Friday's projected jackpot wouldn't qualify to move into the ultra-tony neighborhood occupied by the record draw.

That $656 million jackpot, won on March 30, 2012, was split by winning tickets in Illinois, Kansas and Maryland.

The Mega Millions jackpot numbers will be drawn Friday at 11 p.m. ET. 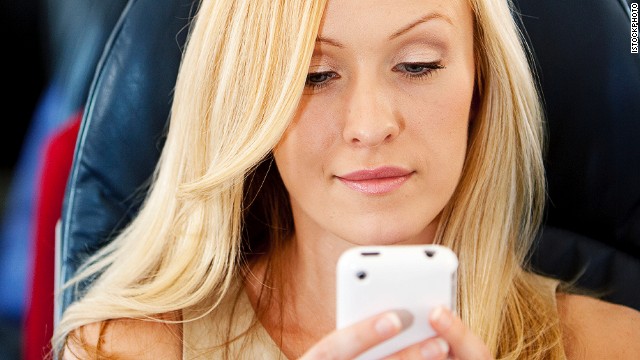 The Federal Communications Commission is considering a proposal to lift a ban on the use of cell phones on airlines to give flyers the same access to communication services as they have on the ground.

Larson addressed if travelers want to be constantly connected.

He says a Quinnipiac University poll released Wednesday indicates most Americans want silence when they fly, with 59% of those questioned saying they don't want the use of cell phones on airplanes and only 30% in favor of lifting the ban. A mute button is also strong option among those polled.