Protests that have erupted since a grand jury decided not to indict a police officer in the chokehold death of Eric Garner are now nationwide, but New York City is at the center of it all.

Protesters filed down avenues between lines of cars backed up for blocks. They stopped traffic on the broad thoroughfare West Side Highway in Manhattan near 10th Street, CNN affiliate WABC reported. They stranded drivers on Broadway. And they even blocked the entrance to the Holland Tunnel leading to New Jersey.

The blocked streets didn't bother her so much. It's democracy, she said.

"I feel like we are seeing the American project at work. It is messy; it is difficult."

NASA's Orion spacecraft lifted off this morning on an uncrewed test flight from Cape Canaveral, Florida to orbit Earth twice.

Head to CNN.com for live updates. 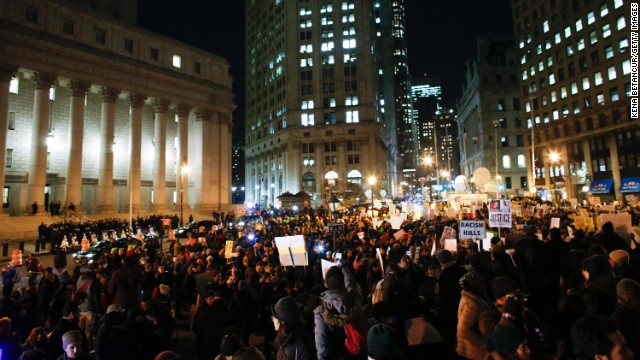