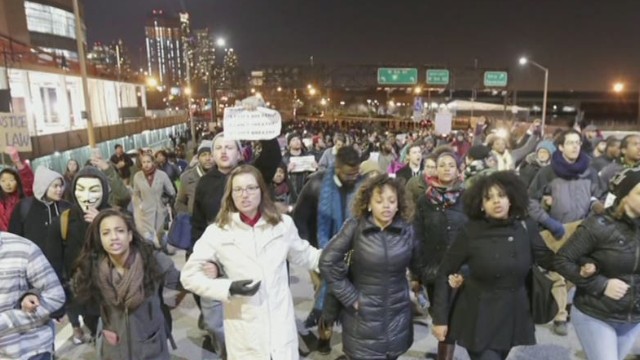 New Yorkers sat down in Times Square, filling its streets and sidewalks, and in the ambient light of its high-rising video walls and colorful advertisements, they immortalized some of Eric Garner's last words.

It was Garner's cry, as he lay near death in the chokehold of police Officer Daniel Pantaleo on July 17, on a Staten Island sidewalk, where police had taken him down.

A grand jury decided not to prosecute Pantaleo on criminal charges in Garner's death. The announcement triggered protests.