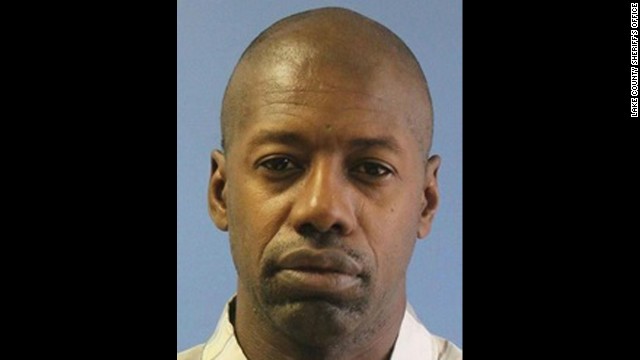 Authorities say Darren Vann confessed to killing a woman in northwest Indiana and led police to the bodies of six others.
October 22nd, 2014
01:22 AM ET

Virus-free: Freelance cameraman Ashoka Mukpo no longer has the Ebola virus in his bloodstream and will be allowed to leave Nebraska Medical Center, the hospital said yesterday. The 33-year-old was working for NBC News when he tested positive for Ebola in Liberia. Mukpo spent about two weeks at the hospital in Omaha, which said he can head back home to Rhode Island today.

Just got my results. 3 consecutive days negative. Ebola free and feeling so blessed. I fought and won, with lots of help. Amazing feeling

Would-be extremists: Three teenage girls who set off from a Denver suburb to join extremists fighting in Syria are back home after their parents alerted authorities, U.S. officials said. The trio was stopped when their flight landed in Frankfurt, Germany, on Friday, after the FBI had flagged their passports. They were flown back to Denver on Sunday. It's not exactly clear how the girls planned their trip or how they were going to make their way to Syria, but authorities say their ultimate plan was to try to join extremists fighting there. The FBI has spoken to the teens and interviewed their families. At this point, the agency says, they're not facing any charges.

He made a difference: Ben Bradlee, the iconic editor of The Washington Post, has died. He was 93. Bradlee made his mark as executive editor of The Post from 1968 to 1991. He oversaw coverage of the Watergate scandal, which ultimately brought the downfall of President Richard Nixon. Just a few years earlier, The Post and The New York Times decided to publish the Pentagon Papers, leaked classified documents that showed that the war in Vietnam was not going as political leaders and military brass portrayed it. Bradlee was awarded the Presidential Medal of Freedom by President Obama in 2013.

Back home: Jeffrey Fowle is back in the United States. The American was arrested in North Korea in May for leaving a Bible at a club for foreign sailors. Fellow Americans Matthew Miller and Kenneth Bae continue to be held by the regime. Bae, a Korean-American missionary, was sentenced to 15 years of hard labor in 2013. Miller was accused of tearing up his tourist visa and seeking asylum upon entry. In a CNN interview last month, all three called on the U.S. government to send an envoy to North Korea to help get them out of their situations. Former President Bill Clinton did something similar in 2009 to help secure the release of two journalists.

- Another day, another stunt: Watch a dirt bike do a back flip over a stunt plane.

- Pure joy: Butch the Siberian husky sure loves to play in the leaves.

- LED Mouseketeer: Some dads just make the rest of us look bad. Check out this supercool Halloween costume.