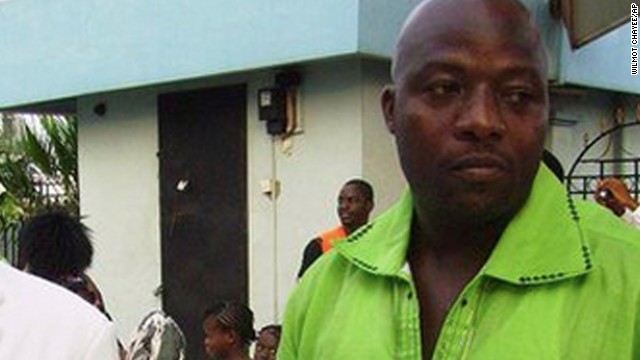 Thomas Eric Duncan's fiancee, her son and two nephews will be done with quarantine Monday.
October 20th, 2014
12:34 AM ET

Finally, some good news on the Ebola front. Human remains turn up in the search for Hannah Graham. And federal officials leak FBI forensics in the Michael Brown shooting case.

Turning a corner: For nearly 20 days, Louise Troh endured fear, grief and isolation. When told of the death of her fiance, Thomas Eric Duncan - the first person diagnosed with Ebola in the United States - she fell to the ground. The man giving her the news couldn't even console her with a hug. But today is day 21: the day the quarantine period is expected to come to an end for Troh, her son and two nephews. Also, some of the Ebola patients in treatment are steadily improving.

Human remains: Searchers looking for Hannah Graham turned up human remains over the weekend on abandoned property. They lay eight miles from where a surveillance camera spotted Graham a month ago - apparently the last time she was seen. Officials haven't identified the remains yet; that will take some testing, but they have given the news to Graham's parents.

Blood in cruiser: Federal officials anonymously leaked results last week from FBI forensic tests in the Michael Brown shooting case to The New York Times. They said the teen's blood was in a police cruiser and on Officer Darren Wilson's gun and uniform. The findings could back up his side of the story that Brown was going for his gun. That might dissuade a grand jury from bringing charges. The leaked information immediately drew suspicion and anger from activists in Ferguson, Missouri, who said it was contrived to justify Brown's killing.

Too good to be true? Nigeria says it has signed a ceasefire agreement with the Islamist terror group Boko Haram that includes the release of more than 200 kidnapped schoolgirls. But Boko Haram hasn't confirmed the deal and instead has attacked more towns, continuing years of warfare. Some experts are not quite sure about the Nigerian government's announcement. One of them says that embattled President Goodluck Jonathan is up for re-election in February and may be using the deal announcement to score points with voters.

For 187 days, Alasholuyi Kehinde took a photo of himself pleading with the world not to forget about the Chibok schoolgirls. Here's a video compilation of them posted to CNN iReport.

70 militant bodies: U.S. and coalition airstrikes might be helping, because it looks like ISIS has taken a heavy hit over the past several days. The bodies of at least 70 terror fighters were dropped off at a Syrian hospital in a town on the Turkish border, a Syrian opposition group says. Nearby, ISIS is battling relentlessly against Kurdish fighters to take Kobani. It's too early to tell if their raging streak of success in Iraq and Syria will extend to the town, or if the Kurds and airstrikes can stop them.

- Hugs yes, meds no: A zookeeper has the hardest time giving medicine to two panda bears, while they love all over him.

- Frosty fireball: Luminescent snowsuits light up the slopes as skiers cut through powder by night.

- Rock stars: It's a thing. When Ohio State University's marching band takes to the field, the videos go viral. Here's the band with a rock medley.

- Talk to the animals: An adorable porcupine chows down on mini pumpkins and tells its owner how good they taste.

–Watch the birdie: Or at least where you're walking. A guy tries to get a snap of a TV crew and ends up in the drink on live TV.