Bill Gates Speaks Out on Ebola and More

Bill Gates says one way to prevent the spread of Ebola and other diseases in Africa is to make basic health interventions more readily available.

In an exclusive interview with Ozy.com, Gates told CEO Carlos Watson: "Most people in Africa are born and die without ever meeting what we’d think of as a full-blown doctor.”

Watch the clip above as Watson spoke about this and other takeaways from the interview on "New Day" Friday.

See the full interview from Ozy 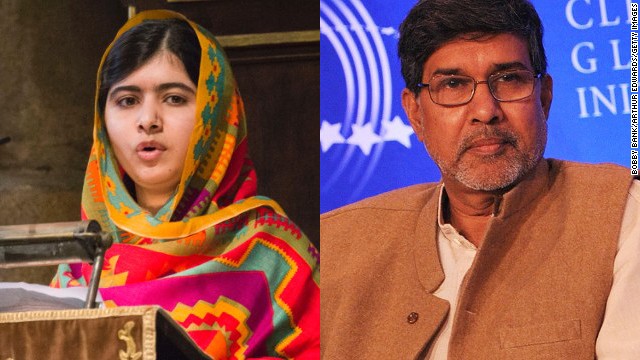 Five Things to Know for Your New Day – Friday, October 10

Malala Yousafzai and Kailash Satyarthi share the Nobel Peace Prize. Never joke about Ebola on an airplane. And North Korean leader Kim Jong Un is a no show for a key national holiday.

And the winners are ... : The Nobel Peace Prize was awarded Friday to India's Kailash Satyarthi and Pakistan's Malala Yousafzai for their push for children's right to education. Two years ago, an Islamist militant shot her in the head. It looked like she would die, but she lived to inspire others and become the youngest Nobel Peace Prize winner. The Norwegian Nobel Committee received a record 278 nominations for the 2014 prize. Each prize carries a monetary reward of 8 million Swedish kronor (about $1.1 million) to be divided among the winners.