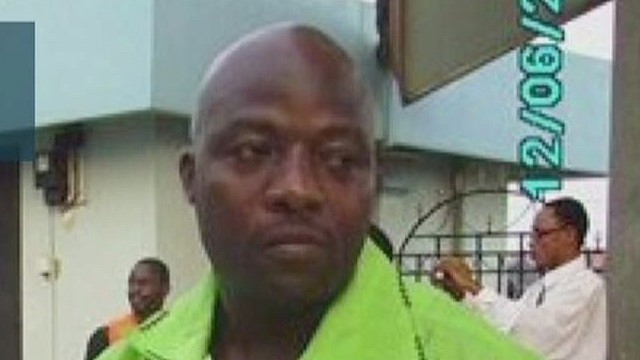 Questions and precautions: Thomas Eric Duncan, the first person diagnosed with Ebola in the U.S., died yesterday, 10 days after being admitted to a Texas hospital. His family wonders if the outcome would have been different if he had been admitted on September 25, the first time he showed up with a fever and stomach pain. Meanwhile, five of America's biggest and busiest airports are beefing up protection measures. Now when people arrive at New York's JFK, Washington Dulles, Newark, Chicago O'Hare and Atlanta international airports from the nations hardest hit by Ebola, they will get a special screening.

Reaching out: It's a plea by a mom trying to save her son. Paula Kassig, the mother of American hostage Abdul-Rahman Kassig, has sent a tweet meant for the eyes of ISIS leader Abu Bakr al Baghdadi. Abdul-Rahman Kassig, whose given name is Peter, was detained on October 1 in eastern Syria while doing humanitarian work. ISIS has threatened to kill him next. Paula Kassig's message is essentially, let's talk. No word yet on whether al Baghdadi has replied.

Officer shoots, kills man: An off-duty St. Louis police officer shot and killed a teen last night, firing his gun 17 times, authorities said. Angry residents damaged several police cars in response, even though police say the man fired first. The death comes on the heels of the Michael Brown shooting two months ago in the St. Louis suburb of Ferguson, and just ahead of "A Weekend of Resistance" in St. Louis, where activists will push for movement in the investigation of that case.

Notes on the run: Suspected cop killer Eric Matthew Frein appears to have left handwritten notes in the Pennsylvania woods in which he chillingly describes his ambush of two state troopers last month, State Police Lt. Col. George Bivens said yesterday. Frein, 31, is suspected in the September 12 ambush that left Cpl. Bryon Dickson dead and Trooper Alex T. Douglass wounded outside the Pennsylvania State Police barracks in Blooming Grove. A massive search for Frein has been going on since. Despite recent sightings and other leads, he has eluded authorities.

Who's in charge? The mystery surrounding North Korea's erratic young leader, Kim Jong Un, only deepens by the day. He has not been seen publicly in more than a month. Rumors are flying that Kim is ill with gout, diabetes, even possible problems with his ankles. Now, a group of defectors say they believe Kim's younger sister, Kim Yo Jong, may be running the country while he recuperates. Stay tuned.

- Camel cam: This how Google does Street View in the Arabian Desert.

–Listen kid, we think you've had enough: This baby loves his water.

- The drill: This is what Chicago's WGN news anchors do during their commercial breaks.

- Everyone's got to be good at something: This guy has created a paper airplane machine gun. Although, it's a very slow one.

- Doggie dancers: And what morning would be complete without this?
http://www.youtube.com/watch?v=mVHwGIWPzp0&feature=youtu.be