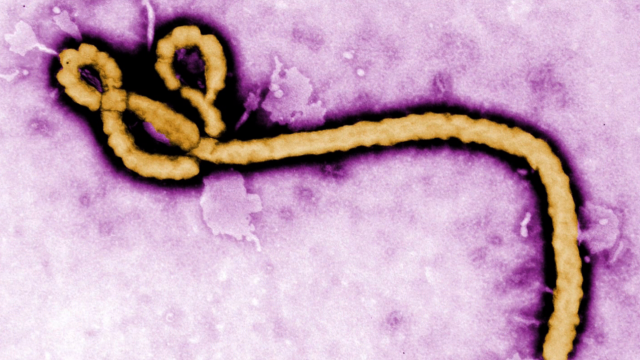 Five Things to Know for Your New Day – Thursday, October 2

The Dallas Ebola case raises questions about U.S. hospital readiness. The director of the Secret Service steps down. And a life sentence for a Florida man convicted of killing a teenager over loud music.

Ready or not: Are U.S. hospitals prepared for Ebola? The Dallas hospital treating the first person diagnosed with the virus on American soil made some mistakes. The man was released from the hospital even though he told staff he had traveled from Liberia - one of several African nations experiencing an outbreak. "It was a mistake. They dropped the ball," said Dr. Anthony Fauci, the director of the National Institute of Allergy and Infectious Diseases. "Hopefully this will never happen again." The CDC has been emphasizing the need for a travel history when diagnosing patients. The consequences of that mistake? We don't know yet.

Looking for answers: The CDC still has plenty of questions about enterovirus D68. The agency has collected samples from four patients who recently died and have tested positive for it. It is unclear what role the virus played in their deaths. In fact, it's possible that enterovirus had nothing to do with them. But health officials are worried because this year has been worse than some other years. This time around, enterovirus D68 has been sending more children than usual to the hospital with severe respiratory illnesses. Children with a history of asthma or breathing problems seem to be hit the hardest by it.

Stepping down: Julia Pierson, the first female director of the Secret Service, is out. She resigned yesterday, not able to weather the aftermath of a fence-jumper gaining access to the White House last month and a poor performance this week at a congressional inquiry that uncovered other security lapses. High-ranking Democrats and Republicans had called for her to step down. Pierson was named the director of the Secret Service in March 2013, tapped by President Obama to change the culture of an agency that was then marred by a Colombian prostitution scandal. She joined the Secret Service in 1983.

We're here. Are you listening?: Pro-democracy activists are camping out on the doorstep of C.Y. Leung, Hong Kong's chief executive. They want Leung to step down by tonight. If protesters don't get their way, they're threatening to occupy government buildings next. Tensions have been on the rise since a late August decision that gave Beijing control over the slate of Hong Kong chief executive candidates for 2017. That's the year the ballot was supposed to be fully democratic for the first time. In the past, a 1,200-member committee stacked with Beijing loyalists picked the enclave's leaders. Activists accuse Leung of siding with the mainland government.

Convicted: Michael Dunn has been found guilty of murder in a 2012 shooting death of 17-year-old Jordan Davis. Dunn killed Davis in Jacksonville, Florida, after a squabble over loud music coming from an SUV the teen was riding in. Dunn said he opened fire in self-defense, because he thought Davis was carrying a gun and feared for his life. He was shot three times. Dunn faces a life term for the murder conviction, along with a minimum of 25 to life for using a firearm in the killing.

–Reality versus GoPro: Think your life stinks because it's nothing like those sexy GoPro videos? Take heart, Mike Fry does a video for the common man.

- Get me a cold one and some kitty litter too: We're pretty sure this isn't good for our feline friends, but Alfred the cat loves his beer.

- Time-lapse baby: We know what you're thinking: "Oh great, another one of those videos showing a pregnant lady growing bigger and then magically there's a baby." Right, but wrong. This one is much more clever.

- Volcano close-up: Come along with a camera drone as it flies over the Bardarbunga volcano in Iceland.

- Another how-to for teenagers: This fed-up Aussie dad is out with a second instructional video for his kids who can't seem to handle basic chores.