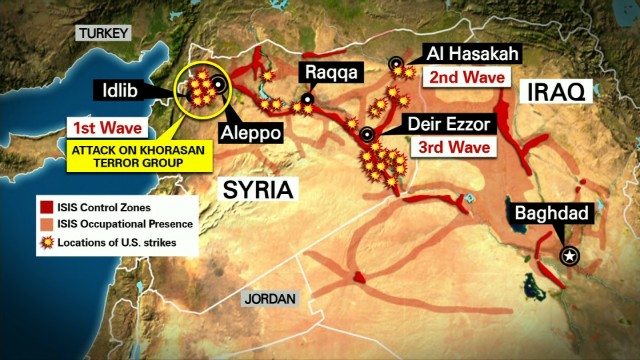 Captured: The suspect in the disappearance of University of Virginia student Hannah Graham is in custody. Texas authorities found him camping along a beach in Galveston County, the sheriff's office said. The extradition process to return Jesse Matthew to Virginia has already begun, Charlottesville Police Chief Timothy Longo told reporters yesterday. Matthew was wanted on suspicion of abduction with the intent to defile in the disappearance of Graham this month. Authorities say they don't know where she is.

On the bench: ESPN has suspended Bill Simmons for three weeks after he went on a profanity-laced rant about Roger Goodell. During his podcast, he called the NFL commissioner "a liar" and took issue with the National Football League's handling of the Ray Rice case. Simmons even called out his bosses, daring ESPN to censure him for his colorful Goodell spiel. Hey, be careful what you wish for.

Core problem: Apple's first update to its recently released iPhone software didn't go so well. It withdrew the new update yesterday after widely reported issues that left some unable to use their phones. Now what? Some users posted on Apple's online support message boards that their phones were working again after completely resetting them using Apple's iTunes software.

No indictment: Tony Stewart won't face charges in the death of sprint car driver Kevin Ward Jr., a New York district attorney said yesterday. Stewart's right rear tire hit Ward while he was walking on the track during an August 9 race in Canandaigua, New York. A lap earlier, Stewart appeared to cut off Ward, forcing him into a wall and knocking him out of the race. Ward, 20, died of massive blunt trauma before paramedics could get him to a hospital. Ward's family said it might pursue other legal options.

- You're not from around here, are you? These giraffes seem perplexed by the appearance of a bunny in their enclosure at the Dublin Zoo.

- The wisdom of a 4-year-old: Equality is really a very simple matter. Just ask Cleo.
https://www.youtube.com/watch?v=hRVDxtx4tHw

- Lost and found: This KLM service is going to the dogs.

- School song: Be ready to be impressed.

- Panda-monium: This involves a slide and four cute pandas. What more do you need to know?
http://www.youtube.com/watch?v=1CsDuJR_D-w&feature=youtu.be