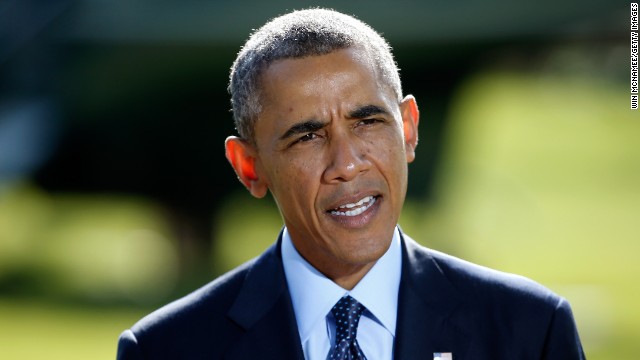 Terror targets: President Barack Obama says the United States is taking the fight to the terrorists in attacking ISIS in Syria. The U.S. also targeted other terrorist organizations, including the Khorasan Group. Obama described its members as "seasoned al Qaeda operatives in Syria." U.S. officials said the group was plotting attacks against the United States and other Western targets. Also in the cross hairs was the al Qaeda-linked al-Nusra Front. The group said an airstrike killed its leader. In the aftermath, U.S. law enforcement agencies are on heightened alert for lone-wolf terror attacks.

This should get your attention: The Centers for Disease Control and Prevention says the number of Ebola cases in Liberia and Sierra Leone could rise to between 550,000 and 1.4 million by January. A new forecasting tool developed by the CDC gives such a wide range because experts suspect the current count is highly underreported. The official death toll from Ebola in West Africa has climbed to more than 2,800 in six months, with 5,800 cases confirmed as of Monday, the World Health Organization said.

Suspect sought: Charlottesville police have obtained an arrest warrant for Jesse Matthew. He's charged with abduction with the intent to defile in the case of missing University of Virginia student Hannah Graham. Police say they think Matthew was the last person with Graham before her disappearance. She was last seen on September 13. Matthew, 32, is known to have contacts in Maryland, New York, Pennsylvania, Virginia and Washington, D.C.

The big search: The hunt for suspected cop killer Eric Matthew Frein is now in its 12th day. Authorities are searching 200 to 250 square miles in the northeastern Pennsylvania woods where they believe Frein is hiding. The 31-year-old self-styled survivalist and war buff allegedly killed a state police officer and shot another officer on September 12 during an ambush outside the Pennsylvania State Police barracks in Blooming Grove. Up to 400 law enforcement officers are searching for Frein.

Score one for Asia: The Mars Orbiter successfully entered the Red Planet's orbit this morning, making India the first nation to succeed on its first attempt and the first Asian country to do it. Up until now, only the United States, Europe and the Soviets have successfully sent spacecraft to Mars. With a price tag of $74 million, India's Mars Orbiter Mission cost a mere fraction of the $671 million NASA spent on its MAVEN spacecraft, which arrived earlier this week.

- Flashed: When thunderstorms hit, maybe a crane isn’t the best place to be.

- Doggone good time: This playful pooch is having a great time in a London fountain.

- Episode 3: Two men in their 20s record their mothers and then lip-sync their conversations. Yes, it is funny.

- A Cirque du Soleil film: There's no computer-generated imagery in this amazing little video (but there are computer-controlled quadcopters under the lampshades).