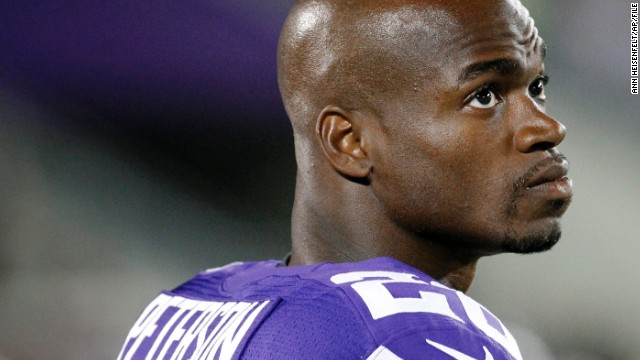 A former coach of Adrian Peterson's is speaking out and defending the player.

On "New Day" Thursday, Steve Eudey told CNN's Michaela Pereira that he 'doesn't understand' how Peterson is being lumped together with other NFL players for abuse.

“Adrian was disciplining his child. In my opinion, that is a difference than physically whipping a woman or a child … going overboard on discipline is not the same thing as hitting somebody with your fist and knocking them down," he said.

Eudey cited Peterson's "track record of kindness to people in general," and said he feels Peterson was disciplining his child and it may have gone too far.

"He understands the injuries to the child was not his intent and he was wrong and he has apologized for that.”