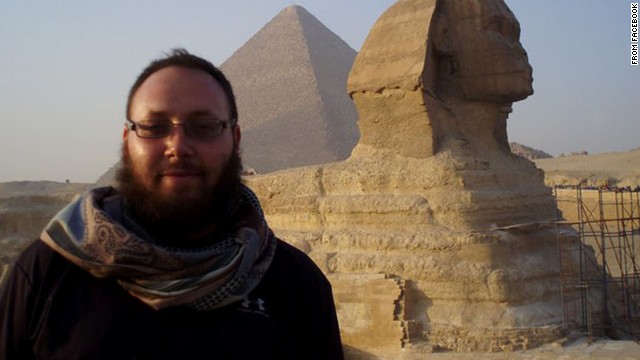 American journalist Steven Sotloff is shown on a visit to Egypt.
September 3rd, 2014
03:53 AM ET

Five Things to Know for Your New Day – Wednesday, September 3, 2014

ISIS beheads a second American. President Obama arrives in Europe with a lot on his mind. And Justin Bieber is busted again.

Second American: ISIS has followed through on its threat to kill another American journalist. A video that shows the beheading of Steven Sotloff was delivered as a "second message to America" to halt airstrikes in Iraq, carrying out a threat to kill him. In the video posted online yesterday, Sotloff says - in a message surely scripted by his captors - that he is "paying the price" for U.S. military intervention. The killing of Sotloff follows a threat made by ISIS last month during the videotaped beheading of American journalist James Foley. The latest video threatens the life of another man, a British citizen.

2. OBAMA, EUROPE AND A UKRAINE CEASEFIRE

Putin on a show: President Barack Obama arrived in Estonia this morning with a lot to think about. Not only is the ISIS beheading on his mind, but the crisis in Ukraine is as well. Hours after Obama arrived, the Ukrainian president's office announced that a ceasefire agreement had been reached with Russian President Vladimir Putin. But Putin's spokesman denied the claim and rebels in eastern Ukraine said they doubted a ceasefire would hold. The trip to the former Soviet state of Estonia, ahead of this week's NATO summit in Wales, is meant to reassure nervous Eastern Europe that Putin's support for separatists in Ukraine doesn't mean he has a free pass for territorial gains elsewhere. The warning to Russia was summed up by a top Obama foreign policy adviser last week: "Don't even think about messing around in Estonia or in any of the Baltic areas in the same way that you have been messing around in Ukraine."

You better 'Beliebe' it: Justin Bieber was arrested on assault and dangerous driving charges following an alleged fight after his ATV collided with a minivan in Canada on Friday, police said yesterday. Bieber's lawyer said the singer was being chased by people with cameras when the incident happened. Bieber was enjoying a "peaceful retreat" at his father's home when it was interrupted by paparazzi, the lawyer said. Bieber, who is already facing an assault charge in Toronto, was released and ordered to answer the charges at a September 29 hearing.

Family statement: Joan Rivers remains on life support nearly a week after suffering respiratory and cardiac arrest during a medical procedure, her daughter said yesterday. Rivers, 81, stopped breathing during throat surgery at a Manhattan medical clinic Thursday morning, according to the New York Fire Department. She apparently suffered cardiac and respiratory arrest during the procedure.

This could be a fixer-upper: Home Depot is investigating a hack that possibly exposed its customer payment information. Yesterday, the company said it was working with banks and law enforcement to look into "some unusual activity" related to its customers. A cybersecurity expert reported that "a massive new batch of stolen credit and debit cards" went for sale Tuesday in the black market online. Hackers may have been in Home Depot's computer systems from May until now. If that's true, this might be even larger than the three-week-long Target breach that affected 40 million debit and credit cards late last year.

- Pint-sized player: Defensive tackle Christian Kirksey is made down right tiny in this glitch found in Madden NFL 15.

- Eye-opener: This documentary video, shot using a hidden camera, shows how intimidating it is for a girl walking alone in Cairo.

- Sea dog: Walter the yellow Lab loves the water so much that he makes a mad dash to the sea every time he's off the leash.

- W-ORD up: Cookie Monster and John Oliver co-anchor a newscast about words.

- Four-legged fun: The World Cup is long over, but this deer still has a head for the game.