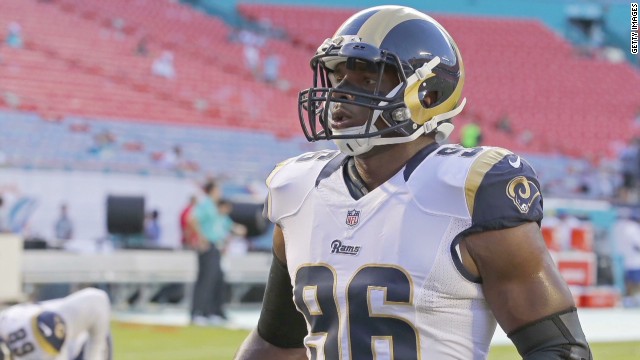 Stepping up: The Ku Klux Klan is stepping up its recruitment efforts, leaving fliers and candy outside homes. The packages appear to be part of a wider recruitment effort by the Klan across the country, says Ryan Lenz of the Southern Poverty Law Center.

Iraqi forces take Amerli town: Iraqi forces have broken the siege of Amerli, prompting celebrations across the town, which had been besieged by the ISIS terror group. The breakthrough came after the United States said it conducted airstrikes and dropped humanitarian aid in Amerli, which is home to many of Iraq's Shiite Turkmen.

Released by the Rams: Michael Sam, who made history as the first openly gay player to be drafted into the NFL, has been waived and did not make the St. Louis Rams' final 53-man roster. The All-American defensive end was picked by the Rams this year in the seventh and final round.

The most worthwhile things in life rarely come easy, this is a lesson I've always known. The journey continues.

Call for arms: A U.S. lawmaker is calling for the arming of Ukrainian forces battling Russian troops who've crossed into their territory. Sen. Robert Menendez is in the Ukrainian capital of Kiev on a fact-finding mission into the months-long conflict between pro-Russian rebels and the Ukrainian military.

U.S. Embassy ransacked? Libyan rebels have turned the abandoned U.S. Embassy in Tripoli into a water park, with a new video showing men diving into a pool. But Ambassador Deborah Jones, who is not in Libya, said the images show a residential annex in the U.S. Embassy compound. "The U.S. Embassy Tripoli chancery & compound is now being safeguarded and has not been ransacked," she says.