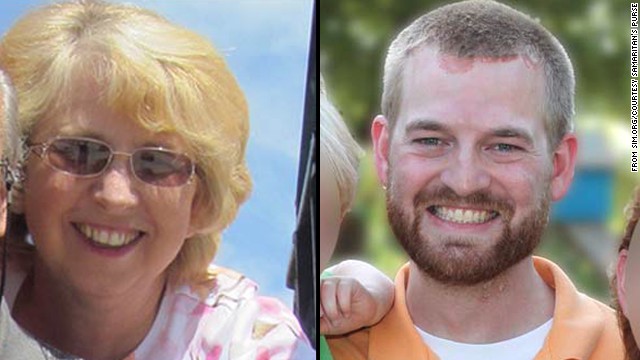 Nancy Writebol and Dr. Kent Brantly have both been released from Emory University Hospital.
August 22nd, 2014
12:58 AM ET

Five Things to Know for Your New Day – Friday, August 22

James Foley's captors demanded an outrageous ransom. American Ebola patients are released from hospital. And the tide may be turning in Ferguson, Missouri.

His final months:  An outrageous ransom demand. A failed rescue attempt. A taunting e-mail. These were the details emerging about the final months of the life of American journalist James Foley, whose death at the hands of Islamic extremists was captured on video and posted online this week as a warning to the United States. Foley's captors demanded $132.5 million in exchange for his release.

Americans released: Missionaries Kent Brantly and Nancy Writebol, who were infected with Ebola in Liberia, were discharged from the hospital this week.  "Today is a miraculous day," Brantly said yesterday after his release. The deadly virus has killed more than 1,000 people in West Africa, where both Americans contracted it while helping patients.

Calmer night: The tide may be turning in Ferguson, Missouri. For the first time since a white police officer fatally shot unarmed black teenager Michael Brown, the streets are emptying. Protest crowds thinned as police made targeted arrests.