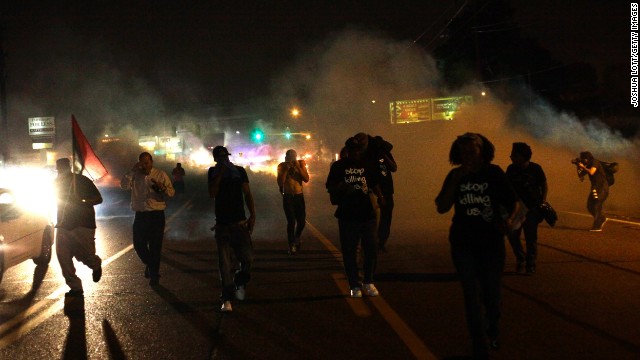 Five Things to Know for Your New Day – Monday, August 18

Michael Brown's family releases private autopsy results. A mob attacks a facility for Ebola patients in Liberia. And the U.S. joins the battle for Mosul Dam in Iraq.

Autopsy results released: A preliminary autopsy revealed that Michael Brown was shot at least six times, including twice in the head, a family attorney said.  The independent autopsy was requested by his family. A police officer fatally shot the 18-year-old, sparking protests in Ferguson, Missouri, where he was visiting relatives.

Battle for Mosul Dam: Kurdish forces fired mortars and explosives at extremist militants yesterday as the battle to retake a strategic dam in northern Iraq raged on. The forces face a daunting challenge: Seize the strategic dam from extremist militants without damaging it. U.S. warplanes have joined the effort targeting the ISIS militant group, which calls itself the Islamic State.

More gains? Ukraine says its forces have made advances against pro-Russian rebels in the southeastern part of the country. Ukrainian forces regained control of the strategic town of Yasynuvata in Donetsk, and also made gains in Luhansk, authorities said.  But the crash site of Malaysia Airlines Flight 17 is still unsafe as fighting rages nearby.

Another cease-fire ending: The lull in fighting in and around Gaza is hanging in the balance. The cease-fire between Israel and Hamas that’s kept things quiet for most of the past week is due to expire today. What happens after that depends on the outcome of indirect talks between Israeli and Palestinian officials in Cairo.

Liberian patients flee: A mob attacked a Liberian health care facility, sending Ebola patients fleeing and sparking fears the deadly virus would spread. Some Ebola patients chose to stay at the facility in the capital of Monrovia, a police spokesman said. The assailants also stole mattresses and equipment, saying they didn't want the quarantine there. Liberia is one of the nations hardest hit by the Ebola outbreak, which has killed more than 1,000 people in West Africa.

Don't try this at home: A grown man gets stuck in a high chair at a restaurant. Awwwwkward ...

Bright lights: When fireworks are attached to the wings of a glider, it looks something like this.

Leave a Reply to Dennis MJ