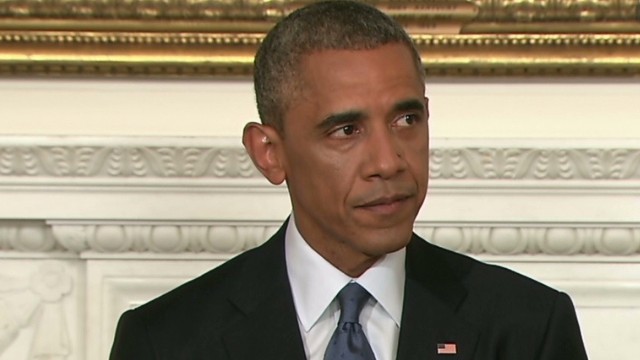 The White House authorizes airstrikes in Iraq. The cease-fire is over between Israel and Hamas. And Tropical Storm Iselle whips Hawaii.

Back again: U.S. President Barack Obama has authorized "targeted airstrikes" in Iraq to protect American personnel and help Iraqi forces. A key concern for U.S. officials: dozens of American consular staff and military advisers working with the Iraqi military in Irbil, the largest city in Iraq's Kurdish region. Obama said last night that he'd directed the military to take targeted strikes against Islamist militants, who have been gobbling up territory and slaughtering minority groups. The United States airdropped meals and water yesterday for those groups that fled ahead of the onslaught, a senior administration official said.

Truce is over: Israel reported rocket fire from Gaza today as the three-day Gaza cease-fire came to an end without an agreement to extend it. Hamas, the Islamic militant group that holds power in Gaza, said that Palestinian officials at talks in Cairo hadn't agreed to extend the truce but would continue negotiations. It wasn't immediately clear how Israel would respond. The IDF pulled its ground forces out of Gaza on Tuesday but said they were maintaining "defensive positions" around the territory.

Stormy weekend: Tropical Storm Iselle lashed Hawaii with winds and heavy rain overnight as residents took cover, knowing that a second storm, Hurricane Julio, was on its way this weekend. Shoppers snapped up water and other supplies as the storms approached. The shoppers were preparing for a potentially devastating one-two tropical cyclone punch, starting with Iselle, with winds of 75 mph, and Julio, about 900 miles behind it. Up to 12 inches of rain could fall, forecasters say.

Worst outbreak: Global health experts this morning declared the Ebola epidemic ravaging West Africa an international health emergency that requires a coordinated global approach. Guinea, Liberia and Sierra Leone are battling the Ebola virus, which has killed 932 people in those countries. The epidemic has also spread to Nigeria. Separately, the United States has ordered relatives of its embassy employees to leave Liberia as the African nation struggles to contain the epidemic. The U.S. Embassy is in the capital of Monrovia - one of the hardest-hit areas.

Credit score surgery: This should help folks loaded with lots of medical debt. FICO, the nation's top credit score provider, is introducing a new scoring model this fall where medical debt in collections will have less of an impact on a consumer's credit score than it currently does. The change means that many consumers drowning in medical bills they can't pay will look less risky to lenders - and will likely be able to qualify for better rates and deals.

–Freedom flight: Watch what happens when a little boy sets a butterfly free.

- Twister train wreck: This is what it looks like when a train and tornado cross paths.
http://youtu.be/KkRwRlXFMEs?t=25s

- That's the ticket: The Broadway cast of the "Lion King" takes over a New York City subway car.

- Cracker confusion: Beau the gold retriever can't find the cracker, at least not right away.
https://vine.co/v/M9duqOwZMlv