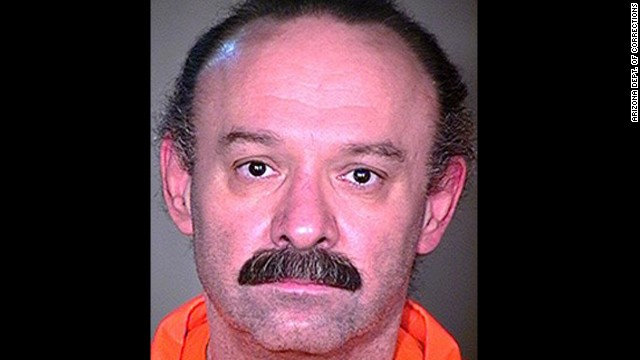 A botched lethal injection raises questions in Arizona. The U.S. presses diplomacy in the Middle East. And the GOP and White House can't get together on immigration reform.

Botched? Another lethal injection and with it more questions about whether it was carried out humanely. During Arizona's execution of Joseph Wood last night, he snorted and struggled to breathe during the nearly two hours it took him to die, his attorney said. Arizona Gov. Jan Brewer has directed the Department of Corrections to review the process, saying she's concerned about the length of time it took to carry out the lethal injection. A federal judge ordered local officials to preserve all physical evidence in Wood's execution.

In mourning: Another 74 coffins are expected to arrive in the Netherlands today as recovery teams continue the grim task of transferring the victims of Malaysia Airlines Flight 17 from Ukraine. The Boeing 777 with 298 people aboard was shot down a week ago over the nation's east, where separatist rebels are in control. Of the victims, 193 were Dutch citizens. The transfer of remains is expected to be completed by Friday.

Diplomatic efforts: U.S. Secretary of State John Kerry is burning up the diplomacy trail, trying to secure a cease-fire in the Middle East between Israel and Hamas. "Over the last few days, Secretary Kerry has been engaged with the Israelis, Palestinians, Egyptians, Europeans, the UN, the Arab League, Qatar, Jordan, Turkey and the UAE to determine how to achieve an end to the current violence and build a process that can create a sustainable path forward," White House deputy press secretary Eric Schultz said. About 700 Palestinians and 35 Israelis - 32 soldiers and three civilians - have died in the conflict.

A billion here, a billion there: House Republicans and the White House are far apart when it comes to paying for the country's immigration crisis along the southern border. The $1.5 billion funding package they offered yesterday is almost $1 billion smaller than the version introduced by Senate Democrats a day earlier and is less than half of the $3.7 billion President Barack Obama requested. Republicans want changes in policy before they kick in any more money.

In treatment: A doctor who has played a key role in fighting the Ebola outbreak in Sierra Leone is infected with the disease, according to that country's Ministry of Health. Dr. Sheik Humarr Khan is being treated by the French aid group Doctors Without Borders at a hospital in the capital city, Freetown. Until falling ill, Khan had been overseeing Ebola treatment and isolation units at a government hospital, about 185 miles (298 kilometers) east of Freetown. Sierra Leone has had 427 confirmed cases of Ebola and 144 deaths.

- Kid talk: These baby goats seem to have a lot to say. Get down with your baaaad self.
http://www.youtube.com/watch?v=Sr1tyUHGSjo&feature=youtu.be

- That was close: Check out this near miss between a motorcycle and cyclist. They were only inches from disaster.

- Summer band camp song: Who says chorus kids can't be cool? Listen to this great version of “Royals” by Lorde. And it's in Irish.

- Cardboard stories: Homeless folks in Orlando share their sagas on bits of cardboard.