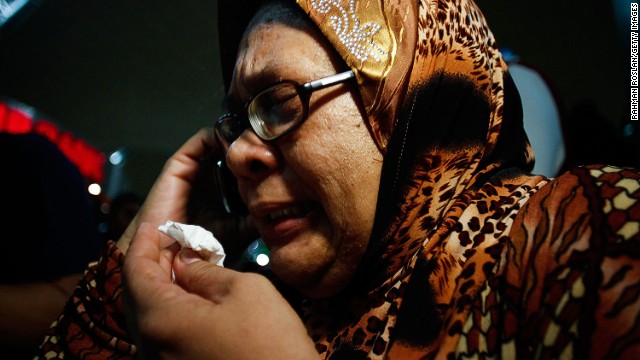 MH17: International inspectors headed to the crash site of Malaysia Airlines Flight 17 today to search for the flight data recorders among human remains and debris. A helicopter ferried a group of monitors from the Organization for Security and Cooperation in Europe to rebel territory in the Donetsk region. From there, they will have to drive. The Boeing 77 jet fell from the sky in eastern Ukraine with 298 people aboard. There's lots of finger pointing, but few hard answers at this point.

Tanks roll: Deadly clashes broke out after Israeli tanks drove into Gaza and launched a ground operation that escalates the conflict with Hamas. The incursion Thursday night follows 10 days of Israeli bombardment of Gaza that has killed more than 250 people. Israel launched the aerial offensive last week, saying it aimed to halt the firing of Hamas rockets from Gaza into Israel. The ground operation is to destroy tunnels dug from Gaza into Israeli territory, Israel said.

Delivering the world: Federal prosecutors have charged FedEx with knowingly shipping prescription drugs from illegal online pharmacies to dealers and addicts across the country. A prosecutor said corporations that "enable illegal activity" must be held accountable. The shipping giant said it's innocent and will plead not guilty.

Reboot: The CEO at Microsoft is swinging a heavy ax. Satya Nadella promised bold changes and he's delivering. The software giant said yesterday that it would cut 18,000 jobs within the next year - about 14% of the company's 125,000 employees. Microsoft is trying to keep pace with Google, Apple and Amazon in mobile and cloud development.

Comic reboot: Marvel Comics pulls its second switcheroo of the week. The new Captain America will be African-American. Falcon, already the superhero buddy of Captain America, will slip into his friend's red, white and blue tights. We guess someone else will now become the Falcon or else he'll be doing double duty. On Tuesday, the company announced that the new Thor will be a woman.

–Guitar icon: The world lost blues-rock guitarist Johnny Winter this week at age 70. Listen to him ply his craft.

- Space cadet: Join Walter White the bobblehead as he travels into space and back to earth.
http://www.youtube.com/watch?v=iZw_LySNNzM&feature=youtu.be

- Hoedown: Is there anything cuter than a daddy-daughter cowboy dance? Probably, but this is a lot of fun.