One of the hottest months of the year will receive a dose of cold weather this week in parts of the country.

An unseasonable dip in the jet stream will usher chilly air in the Midwest early this week and reach parts of the Northeast and South by Wednesday.

Parts of the Upper Midwest will dive into the 40's.

Temperatures will be 10-20° below average for this time of year.

Ahead of the cold air, strong storms will bring heavy rain to parts of the Northeast.

CNN's Jennifer Gray explores the impacts of the July chill in the video above. 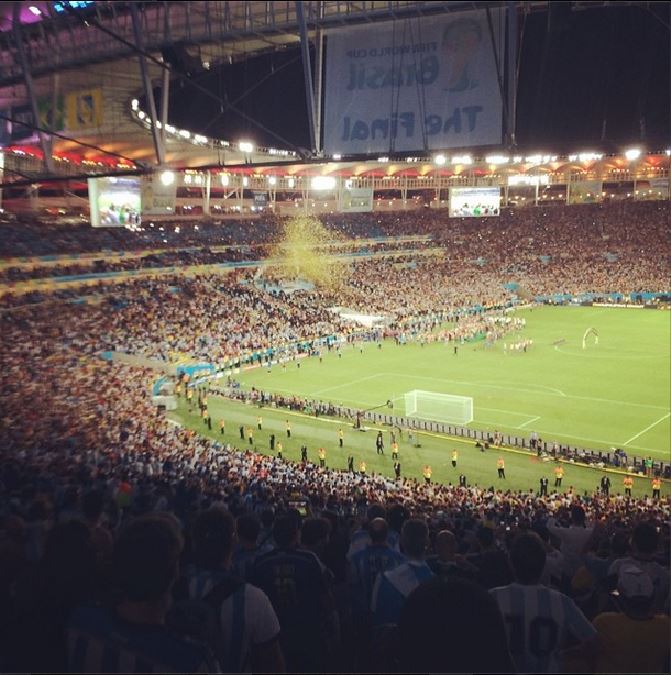 He shared: "Somewhere, under the golden glitter, there is a very happy #GER team lifting the #worldcup."

Germany defeated Argentina 1-0 with a goal scored in extra time.

Breaking Down the 'Electrical Smell' on Diverted United Airlines Flight

A mysterious smell wafting through a United Airlines cabin led to a frightening flight diversion to a small island in the Pacific Ocean Friday.

The flight, headed to Guam from Honolulu, landed on remote Midway Island, stranding 335 passengers and 13 crew members for over seven hours.

Some passengers likened the smell to smoke or something burning, while United Airlines spokespeople and FAA officials called it an "electrical smell."

That abnormal electrical smell - what is it?

Ozone is three molecules of oxygen - O3 - rather than O2, which comprises water or moisture, according to Soucie.

How is ozone produced?

Soucie said that ozone is caused by arcing, which is the flow of electrical current in the air, from one conductor to another.

"This fan that failed has brushes in it that make a motor," Soucie said, referring to the plane's equipment cooling fan.

An internal short in the fan could create sparks, which, in turn, would create the smell of ozone.

"Extended exposure can be harmful to your lungs, your mouth," Soucie explained.

"It can make you very irritated."

In a statement, United Airlines said the mechanical issue was due to a problem with an equipment supply cooling fan, which they say has been corrected.

The aircraft was put back in service on Saturday.

Thankfully He Knew How to Use FaceTime

In today's edition of the "Good Stuff," an Indiana mom is alive today thanks to her 4-year-old boy ... and a little assist from technology. CNN's Chris Cuomo reports.

When Kalah Riley was in the middle of a diabetic seizure that could have killed her, her son Elijah tried to call 911, but he couldn't find the phone.

So he jumped into action, grabbed his mother's iPad instead, and used the FaceTime application to contact his grandparents by video conferencing in Florida.

Elijah's grandfather picked up, heard the story and sent the paramedics to his daughter's home.

See the full story at CNN affiliate WLS, and if you have #GoodStuff news, let us know.