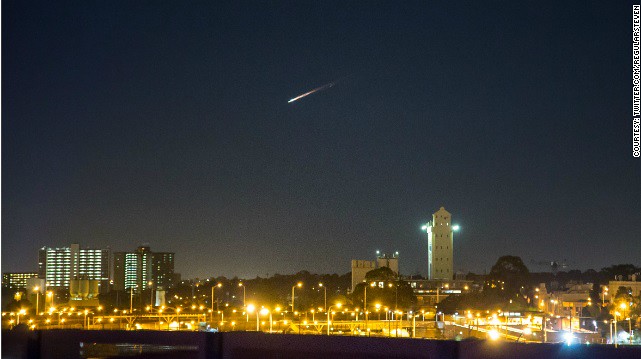 A fireball the size of a small truck, which shot through the sky over Australia Thursday night, was space junk from Russia's Soyuz rocket, astronomers said.

More accurately, it was "object 40077," the third stage of the Soyuz rocket which was launched from Kazakhstan on Tuesday.

"What you're seeing in that fireball is it slowing down really fast. It's belly-flopping on the world's atmosphere at 18,000 miles an hour. That really hurts," said Jonathan McDowell, astronomer at the Harvard-Smithsonian Center for Astrophysics.

Residents who saw the fireball initially guessed it was a meteor. Some feared it was a plane crash and called emergency services. Photos started popping on Twitter with the hashtag #meteor.