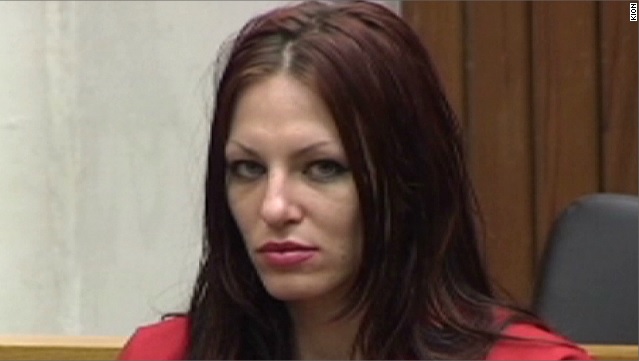 A woman whom police describe as a high-end prostitute is under arrest after they say she injected a Silicon Valley tech executive with heroin and then casually left as he lay dying.

Forrest Timothy Hayes, 51, had an "ongoing prostitution relationship" with Alix Catherine Tichleman, 26, when he was found dead November 23 aboard his 50-foot yacht in the Santa Cruz harbor, according to a police statement.

Detectives say security footage from the yacht shows Tichleman, who boasted of over 200 client relationships via a website called "Seeking Arrangements," injecting Hayes with heroin.

"Rather than provide first aid or call 911, Ms. Tichleman proceeds to gather her belongings including the heroin and needles," the police statement reads.

Tichleman stepped over Hayes' body several times while gathering her belongings, at one point stepping over him to finish a glass of wine, police say.

They say the video finally shows her leaving the boat and then reaching back to lower a blind and conceal the victim's body from outside view.

Tichleman appeared in court in Santa Cruz on Wednesday. She is being charged with manslaughter, administering heroin to another person, administering bodily harm, moving heroin across county lines, possession of heroin and prostitution charges. A public defender asked that her arraignment be postponed until July 16.

Leave a Reply to Rex