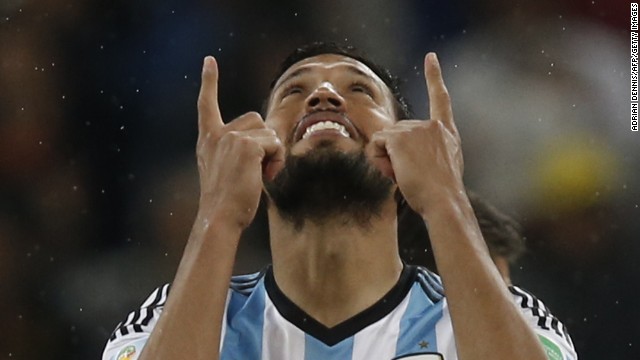 President Obama issues an immigration crisis challenge. Edward Snowden wants to extend his asylum in Russia. And the World Cup finals are set.

Secure the border: President Barack Obama challenged Congress to approve his request for $3.7 billion in emergency spending to deal with the nation's immigration crisis . During a stop in Texas yesterday, he said some in Washington are more into politics than problem solving. The President makes no apologies to those who have criticized him for not going to the border to check out the situation. He said he's not into photo ops.

No let up: Israeli airstrikes pounded targets in Gaza for a fourth day, killing scores of people as dozens of militant rockets streaked into Israel. The continued Hamas barrage prompted Israeli Prime Minister Benjamin Netanyahu to step up the offensive against the militant group. President Shimon Peres said he believes a ground offensive "may happen quite soon" unless Hamas stops firing rockets at Israel.

More screening: A very limited number of airline passengers flying in the United States will be asked to turn on electronic devices while going through airport checkpoints. It's an expansion of new security protocol started last week at some overseas airports. a U.S. official says. The new procedure will be used for travelers on the "Selectee List." These are folks who are already getting enhanced screening because they are on U.S. government watch lists.

Extended stay: Edward Snowden is hoping to stay in Russia a little, or perhaps a lot, longer. He's just about run through his year-long temporary asylum that began last August. Russian state media reports that he's formally requested an extension. The former National Security Agency whistleblower is out of Washington's good graces for leaking secret information about U.S. spy programs.

The finals are set: After a month of competition, it comes down to this: Germany vs. Argentina for the Word Cup championship. The powerhouse teams take the pitch Sunday. The Germans made it to the final by obliterating host Brazil 7-1. Argentina notched its slot in a tense shootout victory over the Netherlands. Still need a ticket for the finals? Dig deep. Ticket resellers are asking for up to $20,000 each.

–Sultans of São Paulo: If you make it Brazil for the World Cup final, check out the street performers. They're legendary. Plus, you'll be broke after spending all your money on airfare and tickets to the match.
http://www.youtube.com/watch?v=capnRe9RICQ&feature=youtu.be

- GoPro baby: A dad-to-be turns on the video camera to catch every exciting moment as he races his wife to the hospital to give birth. Don't worry folks, this is the edited version.

- Anchovy anarchy: It looks like an oil slick, but what it really is millions of anchovy off the coast of California. Pizza lovers everywhere are drooling.

- Time lapse: This is for you, if you prefer watching ice melt instead of eating it.