Your wife comes to bed late — again — after spending hours on Facebook. Maybe you feel like your husband is more focused on Twitter than you. Here’s a pro tip: You’re not imagining it.  Your relationship really could be headed for rocky shores, if not splitsville, according to a new study from Boston University.

Researchers found that, in general, people who use social media are 32 percent more likely to think about leaving their spouse.

Facebook in particular is “a positive, significant predictor of divorce rate and spousal troubles,” it notes.

Billionaire Donald Sterling opposes his wife's effort to sell the couple's ownership of the Los Angeles Clippers for a record $2 billion because he was negotiating a big broadcast deal with Fox that would be worth more, he testified Tuesday.

Sterling was asked by his wife's attorney whether he was fighting her proposed deal because he wanted to restore his dignity.

"The reason you are handling the case is because you want to charge millions in fees, right?" Donald Sterling said in a probate court trial. "The reason is not because of my dignity."

Sterling cited how another NBA franchise in Los Angeles - the Lakers - struck a deal with Time Warner Cable to broadcast its games for 20 years for a reported $3 billion in 2011.

"The reason is that the Lakers signed a deal with Warners for $3 billion. The reason is, I am negotiating with Fox," Sterling said. 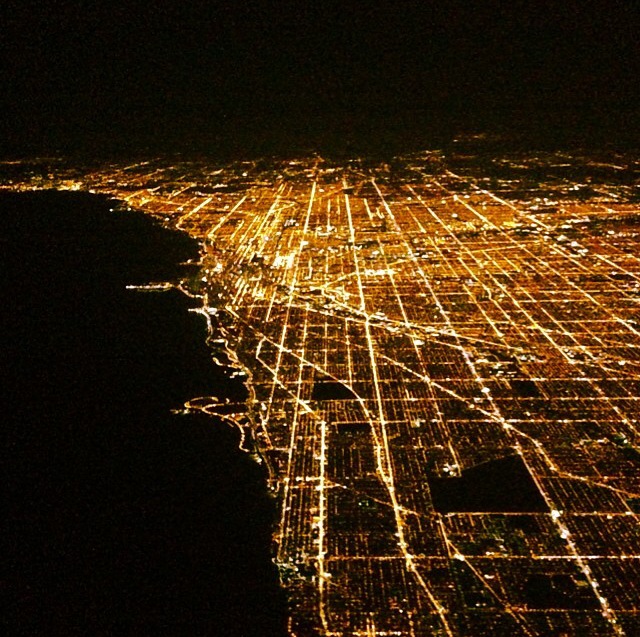 In today's photo of the day, we see this glistening view of the Chicago skyline at night, courtesy of CNN's George K. Howell.

See Which Airline Went the Extra Mile for War Veterans

In today's edition of the "Good Stuff," we see a company go above and beyond to honor the men and women who have served our country. CNN's Michaela Pereira reports.

Meet Ray Bohn - a Korean War veteran who traveled to D.C. with a group of fellow veterans to visit the war memorials, courtesy of the St. Louis organization "Honor Flight."

When the servicemen were ready to head home, they ran into some trouble with their flight.

The plane they were supposed to take was diverted to a different airport by a storm, leaving the veterans stranded in Washington.

"The bad part of it was we had elderly people there that are used to medication and to being on time," Bohn said.

Southwest Airlines did not let the veterans down.

Instead of saving money and flying the servicemen out the next day, the airline dispatched a new plane - and a new crew - to personally come to the airport.

They picked up the veterans and took them on a direct flight home.

"It was fantastic to see all these people appreciating what the veterans have done so many years ago," Bohn said.

See the full story at CNN affiliate KMOV, and if you have #GoodStuff news, let us know.