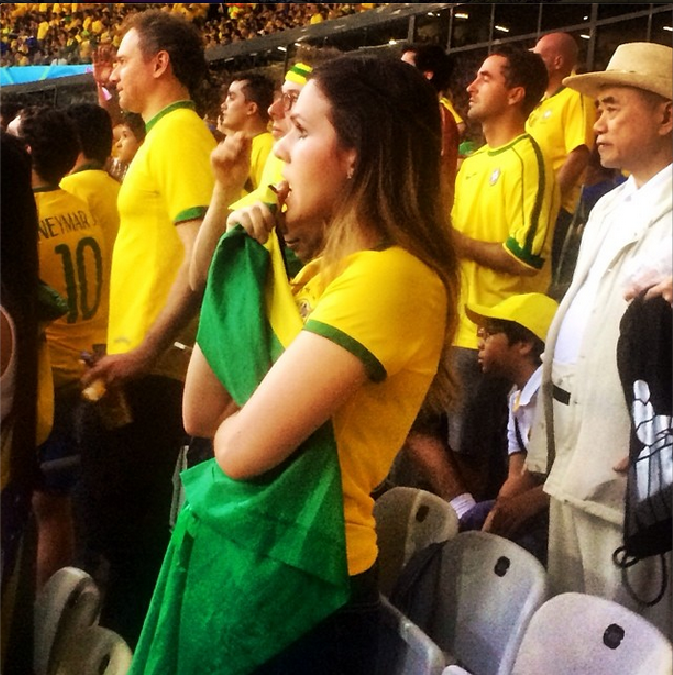 In today's photo of the day, we get this picture of Brazil fans as they watched their team be defeated by Germany in Tuesday's World Cup match.

"The dream to nightmares. One of the most ridiculous and incredible nights of football to be part of."

Germany beat Brazil with a 7-1 scoreline.

Brazil had not lost a competitive home game since 1975.