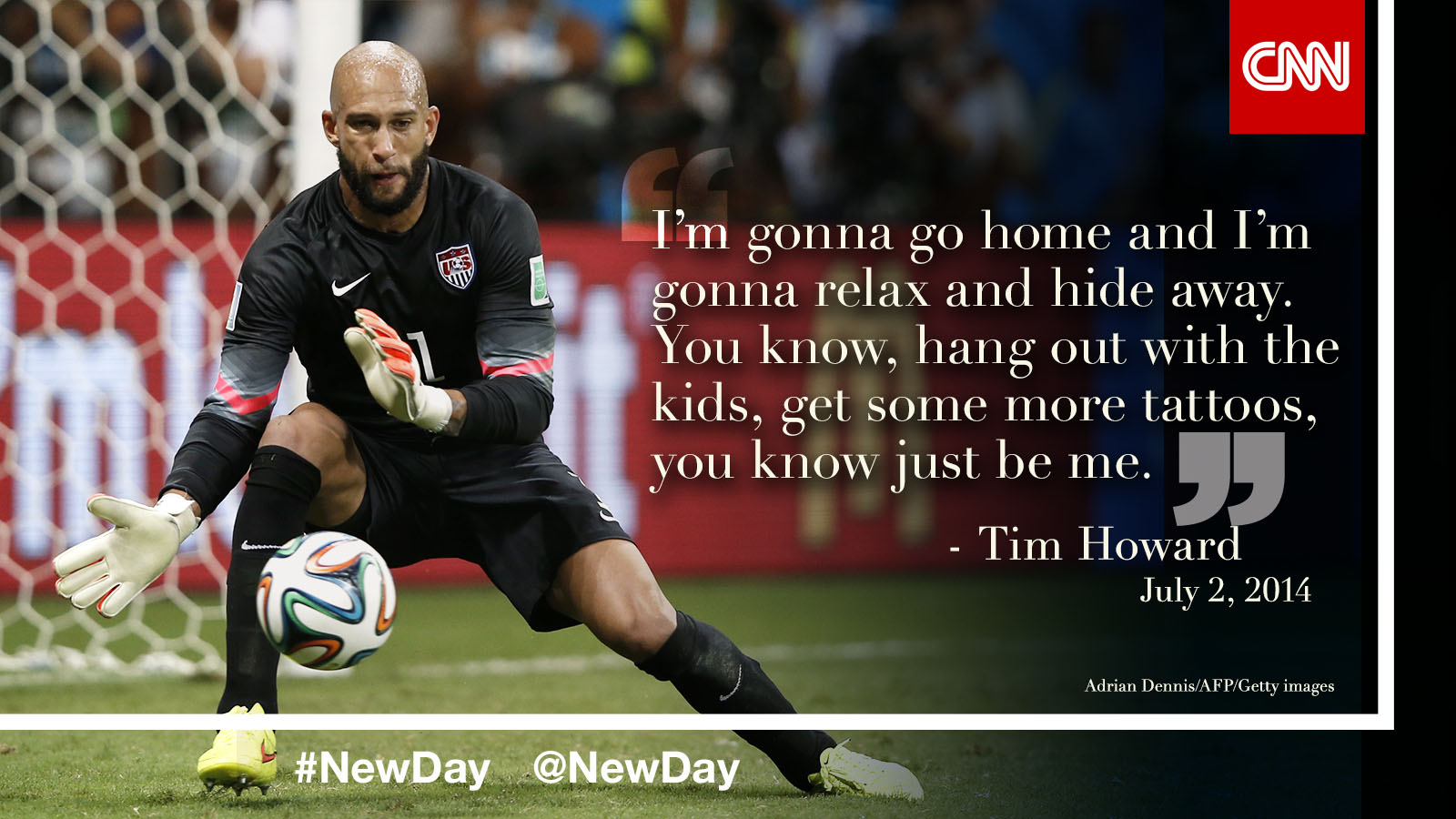 Rarely is the man of the match a goalkeeper whose team loses 2-1. But Tuesday was a special and spectacular night of heart-stopping shot-stopping.

Belgium must have been feeling that surely a goal would come, but how in the world are we going to get something past Tim Howard?

The American goalkeeper had saves of every kind. He flashed a leg out several times to knock shots away. He dived to his right or his left to snare hard-hit balls. He reflexively punched close-in shots away. He tipped the ball over the crossbar on a couple of occasions.

The 35-year-old, who plays at Everton in the English Premier League, kept the score from being 4-1 or worse with 16 saves, many of those stops during extraordinarily tense moments in the U.S. penalty area.

That's the most saves in any World Cup game since they began keeping such records in 1966.

“The game has slowed down for me. I’m seeing things much earlier, my reactions have been very quick,” he said.

When asked about what's next for the soccer star, Howard said he plans to go home and relax.

He'll "hang out with the kids, get some more tattoos, you know just be me."