Plenty of people use Pinterest to find things — purses, posh hotels, eggplant parm recipes — but the rightful owner of a charm bracelet stolen 30 years ago? Leave that to the police.

In February, when an officer in Redwood City, Calif., discovered bags of stolen jewelry in the trunk of a car during a routine traffic stop, Detective Dave Stahler turned to social media — in hopes of tracking down the owner of a charm bracelet stamped with names and dates.

Eight hours after posting on his department’s Facebook, Twitter — and the Pinterest page it launched in February — Stahler received information from not one, but three people who helped identify the owner of the bracelet. That alone would be a good story — but when you learn that the jewelry was actually a mother’s keepsake engraved with the names and birthdates of her children and stolen during a residential burglary that took place in other cities in 1983, well, it’s sweeter than all the red velvet cupcake recipes on Pinterest combined.

This is the fourth person in the area to be reunited with their property via Pinterest, according to an alert praising the “instrumental” role social media now plays in the Redwood City Police Department, posted on Nixle, an online platform that connects the public with local government and law enforcement agencies.

It’s a case of social media-savvy that stands out at a time when the use of digital tools to solve crimes and connect cops with their communities — though growing quickly — still varies widely.

The International Association of Chiefs of Police Center for Social Media found that 92 percent of U.S. law enforcement agencies use Facebook — but adoption of other platforms not so much. Apparently, more report using MySpace (um, what?) than Pinterest or Instagram, according to the study conducted last fall.

And while cops using social media to communicate is not new, there are signs that the practice is becoming more common, experimental — and effective. Exactly how effective is, for now, difficult to say. While far fewer police use Pinterest to solve crimes than Facebook or Twitter, and comprehensive statistics on its use for this purpose are scarce, law enforcement agencies around the country have reported successfully using it in the last year. A quick search on Pinterest show about 85 boards from police departments around the country, including Kansas City, Mo., police — who have used Pinterest to help solve burglary and robbery cases, locate missing people and educate parents about street drugs their kids may be using.

Expanding beyond Facebook and Twitter makes sense, especially when you consider that Pinterest’s user base is cited as 80 percent female — and made up of people more used to getting their news in a digital landscape than, say, on the evening news.

“It’s a way for us to reach people who wouldn’t have gotten our messages before, people who maybe don’t interact with traditional media,” Kansas City police spokesperson Sarah Boyd has said.

Other examples include police in Richmond, Va., who use Pinterest to help in unsolved murder cases; and Pottstown, Penn. has reportedly seen a 57 percent increase in arrest rates for offenses such as theft, fraud and sexual assault after a local newspaper launched a Pinterest board featuring criminals’ mug shots.

Still, while some agencies have fully embraced social media, others have not.

“It’s really all over the map still,” says ConnectedCops’ Lauri Stevens, an expert on the use of social media in law enforcement and the founder of a conference, consulting firm and news site on the subject.  “There are a great many of them that are just coming along,”

Read more on OZY.com: How the Police Are Using Pinterest to Fight Crime

UFC Inside Your Living Room?

My workouts are usually limited to the gym, ice rink and occasional Tough Mudder course. Not usually my living room, where I had Mike Dolce — a shave-headed, shirtless 38-year-old man with visible, enviable abs — bark orders at me via my flat screen.

“We’re not done,” Dolce’s gravelly voice piped through my speakers.

My hardwood floors were. Yes, Dolce made me sweat so much my laminated lumber had become treacherous with puddles of perspiration, even if my mixed martial arts-inspired punches and kicks were nowhere close to the Ultimate Fighting Championship he’s trained for over the years. I was watching (and awkwardly tossing around fighting moves to) UFC FIT, Dolce’s pivot from an MMA diet guru toward becoming a mainstream fitness authority.

At $120, UFC FIT, launched last fall, is priced the same as those two programs and will get a huge marketing push over the next several weeks.

“We are going to find out soon if this will be a commercial success or something that is just a technically sound product,” Dolce said. “I think it’s going to be killer.” 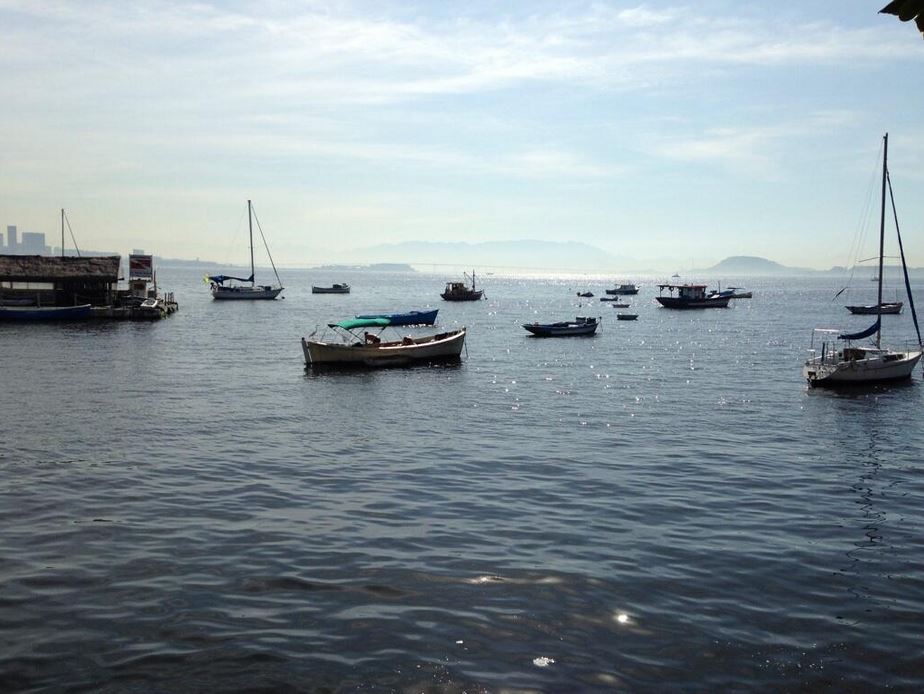 Photo of the Day: At Least It's Gorgeous in Rio

In today's photo of the day, we see this view of Rio de Janeiro from CNN producer Duarte Mendonca.

He shared: "While in Recife it's pouring down like there is no tomorrow, here's how Rio is looking!"

Are you watching the Team USA vs. Germany World Cup game?

He Went Away to Serve and Came Back to New Home

In today's edition of the "Good Stuff," a Marine asks a friend to watch his house. Unbeknownst to him, the community takes on a project to change the man's life. CNN's Chris Cuomo reports.

It was a fixer-upper to be sure,  but it was all he could afford.  And then, he had to ship out to Japan for his final assignment, so he asked his buddy Jeremy Epperson, a fellow Marine, to watch the house for him while he was gone.

And watch it he did.

He watched it all the way to some $70,000 dollars worth of renovations!

Epperson, his friends, fellow soldiers and volunteers came together to rehab the house from the inside out: new floors, new kitchen, new bathrooms, new everything.

When Sgt. Bernardo arrived at the airport, he was greeted by a stretch limo that drove him to his new home.

After a lifetime moving around in military housing, Sgt. Bernardo finally gets to retire in style.

See the full story at CNN affiliate KGO, and if you have #GoodStuff news, let us know.