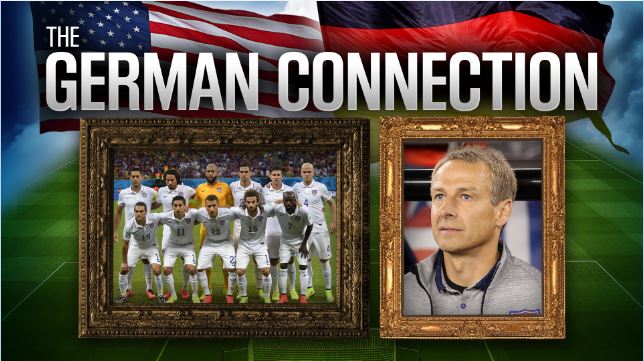 Five members of the team are German-American, and Jurgen Klinsmann, the United States coach, is a German soccer hero who has both played and coached for Germany.

His former colleague, friend and protege, Joachim Loew, is Germany's current coach. Soccer analysts have called it "the German influence."

See the five German-American players on the U.S. men's team:

Retired soccer player Greg Lalas appeared on "New Day" Tuesday to break down just why those German connections may prove to be so important.

He hypothesized: "I think Jurgen Klinsmann has something to prove, and wants to go out there and beat his old team."