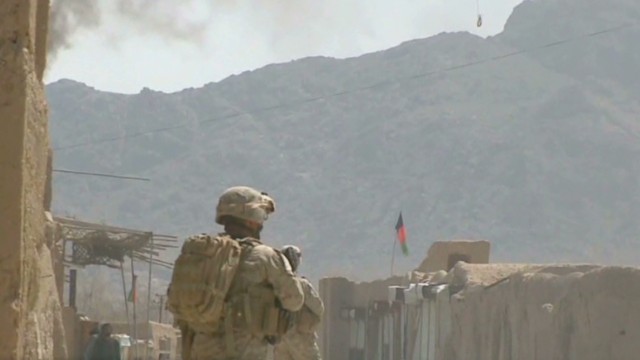 Five Things to Know for Your New Day – Friday, June 20

Donald Sterling recorded - yet again. Dozens of U.S. scientists possibly exposed to anthrax. And Baghdad under siege as militants battle for control in nearby Iraqi cities.

It's Friday, and here are 5 things to know for your "New Day."

Yet another recording: Donald Sterling should just stay away from phones. Everyone keeps recording him - and using it against him. In the latest incident,  his wife's lawyers allege the LA Clippers owner left threatening voice mails for two doctors who certified him as mentally unfit. The physicians are witnesses in a probate court trial next month to address a dispute with his wife on selling the basketball team.  Sterling got into this whole mess over yet another recording.

Health scare: About 75 employees of the Centers for Disease Control and Prevention may have been exposed to Anthrax, officials say. Anthrax emerged in World War I as a biological weapon.

Record raise in minimum wage: Massachusetts lawmakers passed legislation that will gradually raise the minimum wage to $11 an hour by 2017 - the highest nationwide. Gov. Deval Patrick received the bill yesterday, and is expected to sign it into law soon.

Just how bad is it?: The jihad group's battlefield successes make it look extremely fierce.  But the White House wants to find out just how fierce by deploying 300 military advisers to Iraq to assess the might of the Islamic State in Iraq and Syria.

Tense capital: As Islamist militants battle Iraqi security forces for control of towns and cities near Baghdad, the capital has the tense feel of a city under siege. Police and military roam the streets, and checkpoints appear to pop up overnight.

Lusting after a bad boy: Jeremy Meeks is one wanted man. Wanted by the ladies, that is. Shortly after cops posted his mugshot, he went from felon to social media meme, all in one day.  Women are going gaga over his baby blues, chiseled looks and teardrop tattoo. Let's not forget  he's a convicted felon arrested on alleged weapons charges, OK ladies?

#JeremyMeeks ' "hot" police mugshot has 32K FB likes and 10K comments. Some even want to help with his $900K bail pic.twitter.com/8EpJvm1jfu

#thatawkwardmoment: When a middle school music recital goes from bad to worst. Hey, at least they kept on going. And nobody got hurt!

#thatawesomemoment: When a dog in a wig recreates the upside-down kiss from Spiderman. Now we know what pups do at home all day.

Handshake fake out: Watch and learn, folks. This is how you play off a snubbed handshake.  By pretending you were sweeping your hand through your lush, nonexistent mane.

Work it, lads!: Watching three guys in stilettos dance to Beyonce songs is a great way to end the week. Get your party shoes on and go forth into the weekend, guys and gals!