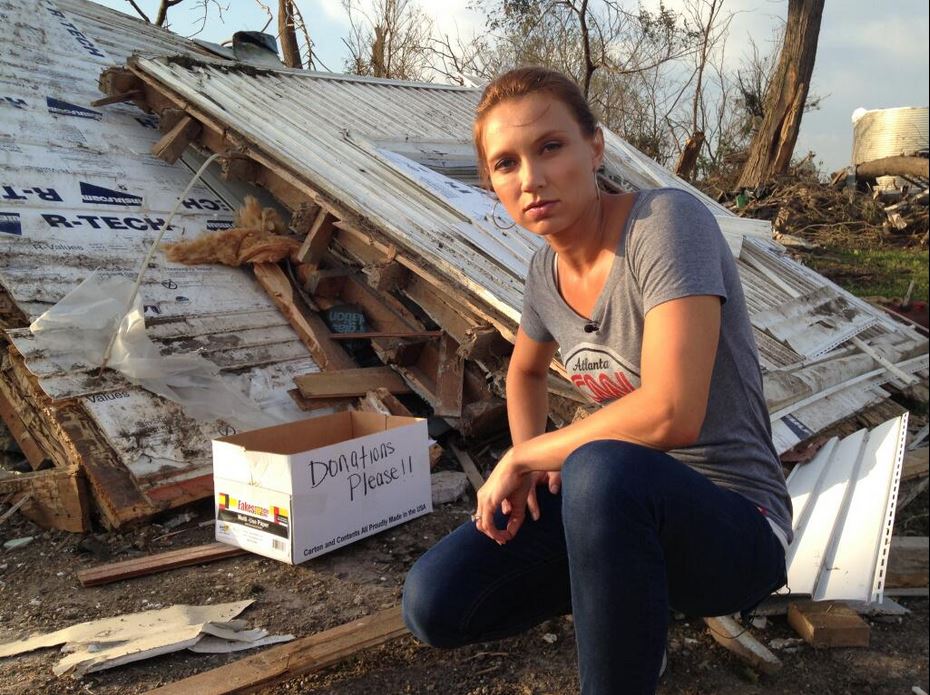 Two powerful tornadoes swirled side by side through the countryside of northeastern Nebraska Monday, wrecking nearly three-fourths of the small town of Pilger.

According to Stanton County Sheriff Mike Unger, two people died during the storm – but there are stories of survival as well.

Storm chaser Mark "Storm" Farnik described how he helped to rescue a family trapped in a basement on "New Day" Tuesday.

"Their house was wiped out, their cars were gone, their dog was gone ... it was absolutely heartbreaking. But I just held onto them until they could calm down a little bit," Farnik said.

CNN's Indra Petersons and Steve Kastenbaum are on the ground covering the story.

Follow them for updated, behind-the-scenes images, and see some of the photos they've captured below:

A look at damage as the sun comes up in Pilger, Nebraska. Photo credit: Indra Petersons.

If you would like to help people impacted by these tornadoes, visit CNN.com/impact