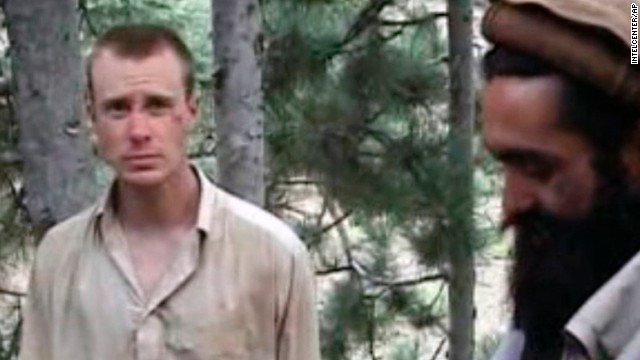 Five Things to Know for Your New Day – Friday, June 13

America's last prisoner of war returns home today. The White House weighs its options in Iraq. And World Cup action begins a second day with a full slate of matches.

Going stateside: Army Sgt. Bowe Bergdahl arrived home in the United States early today, his hero's welcome getting pushed aside by a controversial prisoner swap and his reputation tarnished by accusations he was a deserter. The 28-year-old was the longest held American soldier since the Vietnam War. He was taken to the San Antonio Military Medical Center where he will continue "the next phase of his reintegration process," the Pentagon said.

Surprise: The bold moves this week by the Islamic State in Iraq and Syria caught many Americans off guard. The militant group gobbled up large chunks of Iraq, including the country's second-largest city, in an assault that saw the Iraqi military tuck tail and run. How will the United States respond? President Obama hasn't decided yet, but the White House says nothing is off the table.

On their own: The figures are staggering. Sixty-thousand unaccompanied minors are projected to illegally cross the U.S. border this year. And border patrol folks aren't equipped to properly take care of all of them. The situation is so overwhelming that emergency measures are being put in place. Most of the children are coming from El Salvador, Guatemala and Honduras. U.S. officials say they'll speak with ambassadors from those countries to try and stem the tide.

Day 2: World Cup action gets into full swing today with three matches. The Spain vs. Netherlands game is a rematch of the 2010 final. Cameroon also plays. We like their nickname: The Indomitable Lions. In yesterday's opening set, host Brazil beat Croatia 3-1.

Emmy and Grammy winner: Stage and screen actress Ruby Dee died this week at her New Rochelle, New York, home. She was 91. Her career spanned seven decades. If you've seen any of these movies - "The Jackie Robinson Story," "A Raisin in the Sun," "Buck and the Preacher," "Do the Right Thing" or "American Gangster" - you've seen her work. Dee was also a force on the civil rights front, and was friends with the Rev. Martin Luther King Jr. and Malcolm X.

- Nosedive: Next time you're lifting an expensive sports cars with a crane, make sure the parking brake is on.
http://www.youtube.com/watch?v=0E4RUdm_-kA&feature=youtu.be

- The Lion King Honest Trailer: The folks at Screen Junkies work their magic with this Disney classic. BTW: There's a CNN plug just over a minute in, just in case you were wondering.

- Swimming bear: Here's something you don't see everyday - at least we don't.

- Here lizard, lizard: Buddy the giant iguana is just like a dog, except for the scales, the claws, the spines on his back and the salmonella. You get the picture.