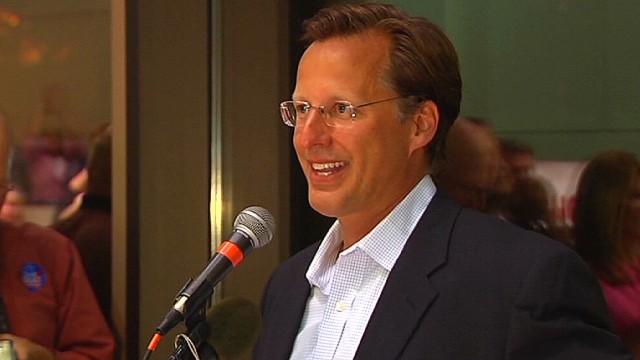 The new normal?: These scenes are becoming depressingly commonplace – shaken students filing out of their school with their hands in the air. Distraught parents asking how many more of these do we have to go through. And, amid it all, the overarching question: why? It happened again yesterday when a student opened fire at Reynolds High School in suburban Portland, killing a student and then himself. The victim is freshman Emilio Hoffman, 14. We don't yet know the shooter's identity - and, more importantly, what compelled him into such a horrifying act.

President Obama said America should be ashamed at our inability to get tough gun restriction through Congress, and placed the blame at the feet of the NRA. He said most lawmakers are "terrified" of the gun rights group and that nothing will change until public opinion demands it.

"Our levels of gun violence are off the charts. There's no advanced, developed country on Earth that would put up with this."
- President Obama

Our hearts go out to the Reynolds HS community. How many more students must we lose before committing to reduce gun violence in our schools?

MORE: Fatal Oregon high school shooting: 'This is not a drill'

Seismic shift: They're calling it a political "earthquake." A college professor and tea party neophyte booted the No. 2 House Republican, Eric Cantor, from office. Dave Brat's victory in yesterday's primary is a big deal: it'll have national implications since Cantor had been viewed as a potential Speaker.

The tea party's big win in the Old Dominion was tempered somewhat by another target they were eyeing: South Carolina incumbent Lindsey Graham. He topped the 50% threshold needed to avoid a runoff.

Swap meet: The secret deal that secured the release of America's last POW (5 Taliban figures for Army Sgt. Bowe Bergdahl) has not gone as expected for the administration. Instead of high fives, it's devolved into a 'how could you?' Both parties are complaining the administration should have looped them in on the swap. And some lawmakers say there's no guarantee the detainees won't go back to their (alleged) terrorizing ways. There have been briefings all week. But the big one happens today when Defense Secretary Chuck Hagel, the man who signed off on the prisoner exchange, appears before the House Armed Services Committee in a public session. Expect pointed questions and heated debate.

A stunning collapse: Mosul is Iraq's second-largest city. So what's happening here doesn't bode well for Prime Minister Nuri al-Maliki. Yesterday, militants seized the city's airport, its TV stations, the governor's office and set free up to 1,000 prisoners. Police and soldiers ran from their posts rather than put up a fight. This is how bad things are: The PM took to TV to ask for volunteers to fight the takeover.

IDPs not permitted to use vehicles inside #Mosul #Iraq, hence fleeing on foot http://t.co/V9XNDGhAXP pic.twitter.com/u8iXsTaueb

Who are these militants and what do they want? They're part of the  Islamic State in Iraq and Syria (ISIS), a group considered too radical even for al Qaeda. In the past, it has wrested control of Iraqi cities like Falluja, just like it's done with Syrian towns just over the border. The Mosul siege, says CNN's Nic Robertson, has made it "the single most dangerous, destabilizing radical group in the region."

Grading it an F: If you have school-aged kids, then listen up: Something happened in California yesterday that could have repercussions nationwide. A judge ruled that the state's teacher tenure laws were unconstitutional. Reformers have said the laws needed to change: they made firing a bad teacher almost impossible. And the ones who suffered were poor and minority students where such ineffective teachers more often worked. The teachers' unions say the laws needed to stay in place because school boards can be overtly political. They are going to appeal.

Channelling his inner Celine Dion: When Richard Dunn found himself stuck overnight at the Las Vegas airport, he could have done what we all do: read a little, sleep a lot. Instead, he shot a music video - an amazing and ridiculous music video that makes the insufferable "All by myself" cool again.

Cool cats: Tiger cubs, a video camera and a remote-controlled car. All together now, awww ...

Shaggy dog: Yikes! This cute puppy transforms into a lovable monster when it faces the leaf blower.

#RealDadMoments: This ad will give you a warm fuzzy feeling, whether you're a dad or not.

Driver-1, Biker-0: They say revenge is a dish best served cold. This biker certainly messed with the wrong driver. Lesson: Don't bring a bike to a car fight.