Would Congress Have Agreed to Bergdahl Trade?

A former diplomat who tried to negotiate the previous deal for Bowe Bergdahl gives context on his release. 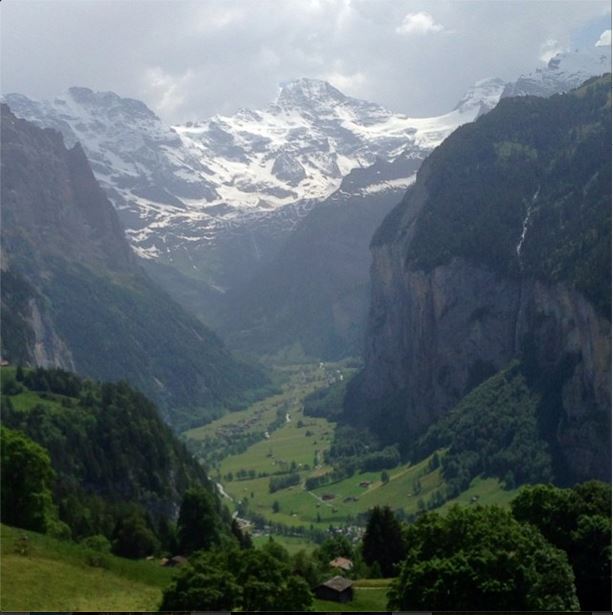 Photo of the Day: Swiss Miss

The hills are alive! In today's photo of the day, we see this gorgeous view of Switzerland from CNN weather anchor Jennifer Gray.

If you have photos you'd like us to share as our picture of the day, send them our way for consideration.

A California judge ruled as unconstitutional Tuesday the state's teacher tenure, dismissal and layoff laws, saying they keep bad teachers in the classroom and force out promising good ones.

The ruling was hailed by the nation's top education chief as bringing to California - and possibly the nation - an opportunity to build "a new framework for the teaching profession." The decision represented "a mandate" to fix a broken teaching system, U.S. Education Secretary Arne Duncan said.

The court ordered a stay of the decision, pending an appeal by the state and the teachers union, the plaintiffs said.

Reforming teacher tenure and firing laws is a hotly debated issue in American education, and the California case is being watched nationally, as evidenced by a statement from Duncan immediately after the court ruling.

Reformers say firing a bad teacher is almost impossible because of tenure laws and union protections, but teachers and their unions argue school boards and their firing criteria have unfair, overtly political standards.

Duncan, a former schools chief in Chicago, said he hoped the ruling will spark a national dialogue on a teacher tenure process "that is fair, thoughtful, practical and swift."

At a minimum, Duncan said the court decision, if upheld, will bring to California "a new framework for the teaching profession that protects students' rights to equal educational opportunities while providing teachers the support, respect and rewarding careers they deserve."

"The students who brought this lawsuit are, unfortunately, just nine out of millions of young people in America who are disadvantaged by laws, practices and systems that fail to identify and support our best teachers and match them with our neediest students. Today's court decision is a mandate to fix these problems," Duncan said.

Teachers unions, however, criticized the ruling, with one leader stating the court decision was "anti-public education" and a "scapegoating" of teachers for public education's problems. They will appeal the ruling.