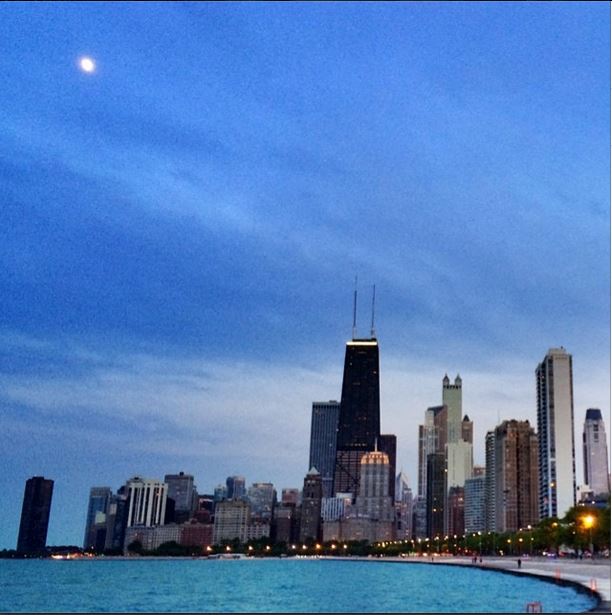 CNN photojournalist Jake Carpenter captures the towering Chicago skyline, with Lake Michigan in the foreground, in today's photo of the day.

If you have photos you'd like us to share as our picture of the day, send them our way for consideration.

Transportation Expert: Driving While Sleepy 'Worse Than Being Drunk'

After reports that Kevin Roper, the truck driver charged in the accident that killed a man and critically injured comedian Tracy Morgan, had been awake for more than 24 hours prior, the question arises: what is the connection between sleep deprivation and dangerous driving?

Safety analyst and former U.S. Transportation Department inspector general Mary Schiavo appeared on "New Day" Tuesday to discuss why driving with little to no sleep is worse than most would suspect, and what the trucking industry can do in order to prevent more fatalities.

"Being sleepy has effects on the body worse than being drunk," Schiavo said.

Schiavo cited a 2012 study from Harvard Medical School, which found that "drowsy driving" causes approximately 1 million crashes each year in the United States. According to Schiavo, tired truckers alone are responsible for approximately 4,000 highway deaths annually.

"It's impossible to make up for that sleep," she said. "You just can't catch up for that punishing schedule."

Western Kentucky University professor John All survived a 70-foot fall into a crevasse while climbing in Nepal in late May. He struggled for five hours to get out of the hole, made his way on a three-hour journey back to his tent, and then waited overnight for a helicopter to rescue him.

"I knew I was dead, but it was one of those things that, as long as there was a chance, I was gonna keep moving forward," he told CNN's Michaela Pereira on "New Day" Tuesday.

END_OF_DOCUMENT_TOKEN_TO_BE_REPLACED

Less than two weeks after she was brutally stabbed, a 12-year-old Wisconsin girl is home recuperating and feeling well enough to tease her younger brother, her family says.

"Her physical wounds, thankfully, are healing more quickly than anticipated and her pain is decreasing daily," the family said in a statement. "For that, we are so grateful."

The family has designated Tuesday as "Go Purple" day. It's the survivor's favorite color and the family is asking supporters to wear it.

The family has asked that the victim not be named for her safety and because she is a minor.

Purple is also part of the theme of the official #HeartsForHealing fundraiser for the victim and her family.

The campaign has raised more than $42,000 toward its goal of $250,000, and has also resulted in an outpouring of homemade purple hearts to be delivered to the girl and her family.

"The messages that people are including in their hearts, the time and effort that they're putting into some of these projects, it was absolutely incredible," Dana Hoffman, a family friend and spokeswoman and one of the organizers of the Hearts for Healing campaign, told CNN's "New Day."

The girl's family said it is "overwhelmed by the outpouring of love from the surrounding community, across the country, and even overseas."