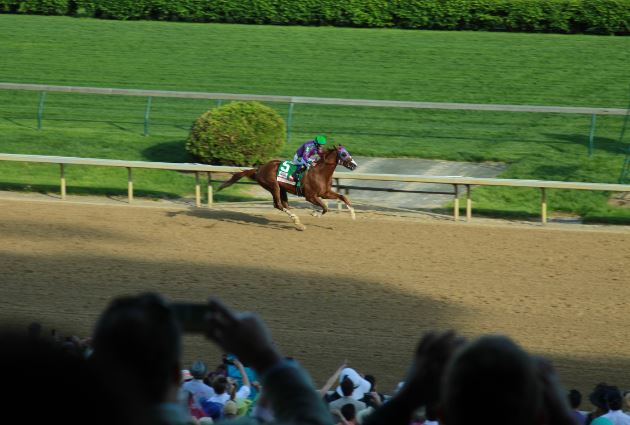 3 Things to Know About The Triple Crown

History could be made this weekend.

It's been 36 years since the last Triple Crown was clinched, but Chrome is already the undisputed best 3-year-old of 2014.

A win this weekend would catapult the Chestnut Colt, who comes from a long lineage of race horses and was bred in California, into history.

“I have good vibes about it," Art said. “I feel more confident coming into this race than any race I’ve ever won."

So what do you need to know to prepare for Saturday's Belmont Stakes? Read on!

WHAT DOES IT TAKE TO WIN THE TRIPLE CROWN?

The Triple Crown is three races: the Kentucky Derby, the Preakness and the Belmont Stakes.

California Chrome #5, ridden by Victor Espinoza, crosses the finish line to win the 140th running of the Kentucky Derby at Churchill Downs on May 3, 2014 in Louisville, Kentucky. (Photo by Rob Carr/Getty Images)

California Chrome #3, ridden by Victor Espinoza, races across the finish line to win the 139th running of the Preakness Stakes at Pimlico Race Course on May 17, 2014 in Baltimore, Maryland. (Photo by Matthew Stockman/Getty Images)

Belmont is notoriously the most challenging race in the Triple Crown. The track is one and a half miles, longer than both the tracks of the Kentucky Derby and Preakness. Belmont is also the race with the most history – it was first raced in 1867.

SOUNDS EXHAUSTING. HOW MANY HORSES HAVE WON THE TRIPLE CROWN?

It's an exclusive club with only 11 horses with the title over the course of 95 years. Thoroughbred horse racing aficionados say that race horses and their respective training has changed throughout the years, so it’s gotten more difficult to win all three races.

See all the past winners HERE.

Do you think California Chrome will do it? 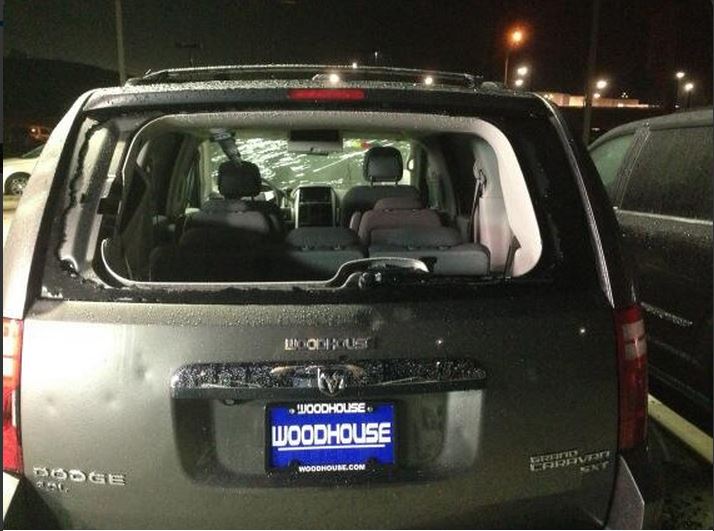 Is Mystery Underwater Sound the Crash of Flight 370?

Australian researchers released an audio recording Wednesday of an underwater sound that they say could possibly be related to the final moments of missing Malaysia Airlines Flight 370.

It's a long shot, but researchers at Curtin University near Perth, Australia, have been studying records from underwater listening devices, including those meant to monitor for signs of underwater nuclear explosions, in an effort to help find the missing plane.

"One signal has been detected on several receivers that could be related to the crash," said Alec Duncan with the university's Centre for Marine Science and Technology (CMST).

Researchers have been analyzing the very low frequency sound for weeks to see if it was "the impact of the aircraft on the water or the implosion of parts of the aircraft as it sank," Duncan said. "But (the source of the noise) is just as likely to be a natural event."