Did You Watch 'The Brady Bunch' Growing Up? See Some of Alice's Top Moments Here

Whether you grew up watching "The Brady Bunch," or this is the first you're hearing of actress Ann B. Davis, there's no denying she was beloved as housekeeper Alice. Watch some top moments below.

She was the middle square, the character that held the rest of the Brady's together.

Whether you laughed because of her impeccable comic timing or her physicality as she fell in a dunk tank – many people have their favorite 'Alice' moments.

* Here are a few that will make you smile:

THAT TIME ALICE FELL INTO A "FAR OUT" DUNK TANK:

Alice has to retrieve a cloth at the top of a dunk tank that's in the backyard. She manages to get herself up there – getting down is the problem.

WHEN SHE LEARNED TO SKI IN THE BACKYARD:

HOW'S SHE GONNA ANSWER THAT PHONE?

After Jan wraps Alice up with a giant ace bandage, the housekeeper struggles to answer the phone.

Alice to Jan right before: "Will you do me a favor, the next time you ask me to volunteer for something, immobilize my big mouth before I can answer."

WHEN SHE TRIES TO LEAVE THE FAMILY:

Alice tells Mr. and Mrs. Brady she needs to leave the family to go take care of her sick aunt in Seattle.

Though she's eventually caught in her lie:

Alice: Oh. Well. That's the way that the planes go. I mean, they head south when they take off, before they turn around and go north.

In the movie, Jan runs away from home and Davis plays a truck driver who her up. She tells the hitchhiker:

"I can't help thinking 'what might have been if I married young – had a family, three boys, three girls.' Then a little voice says 'are you kidding, they'd probably just treat you like a maid!'"

*All clips From Paramount

Do you have a favorite moment from Alice? Share below!

Morgan Assel is a student at Centreville High School in Virginia.

She wanted to ask her friend, seventeen-year-old Juwaan Espinal, to prom.

But Assel wanted to make the experience extra special for Espinal, who is non-verbal due to cerebral palsy.

The girl recruited Washington Redskins quarterback Robert Griffin III, known as RGIII, to come to the school and meet Espinal and pop the question.

"It just really means a lot that people are willing to do this for him because he is such a special person and he really deserves it.”

See the full story at CNN affiliate WJLA, and if you have #GoodStuff news, let us know.

You can reach us on Facebook, or tweet @ChrisCuomo or @NewDay using #NewDay, and submit your story on iReport. 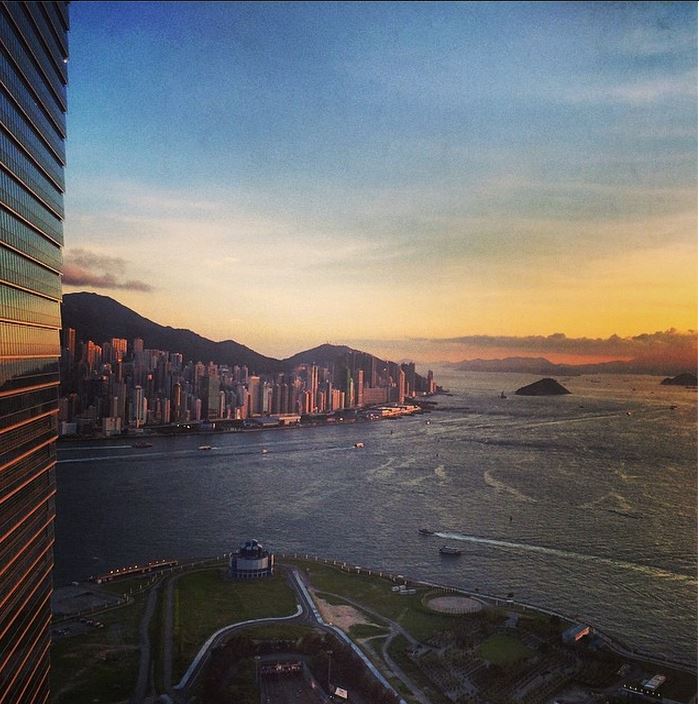 Photo of the Day: Sunset in Hong Kong

In today's photo of the day, we see this view from Sunday's sunset by CNN producer Amanda Sealy in Hong Kong.