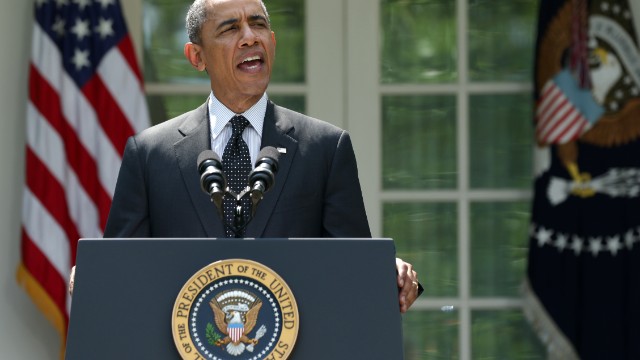 The President will lay out his vision for American foreign policy during a commencement speech at West Point
May 28th, 2014
05:11 AM ET

Five Things to Know for Your New Day – Wednesday, May 28

The President lays out his vision for foreign policy. Edward Snowden hits prime time with a television interview. And social media quickly returns a kidnapped newborn to her parents.

Spelling it out: Those of you uncertain about Barack Obama's vision of America's foreign policy can tune in to the President's speech during commencement exercises at West Point today. How's this for middle-ground language? Aides say he will make the case against both isolationism and unilateral force on the global stage.

Telling his story: America's "favorite" National Security Agency document leaker, Edward Snowden, goes prime time tonight. NBC's Brian Williams will quiz him in an hour-long interview. The network released an early excerpt last night. In it, Snowden offered up his spy credentials, saying he worked for the CIA, NSA and Defense Intelligence Agency. The interview took place in Moscow, where he lives in exile after offering up U.S. intelligence secrets.

3. STERLINGS AND THE NBA

Let's make a deal: Los Angeles Clippers co-owner Shelly Sterling is "moving quickly" to sell the embattled NBA franchise, a source close to the situation said. It's not clear what estranged husband Donald Sterling thinks about the news, but USA Today reports he has accused the NBA of violating his constitutional rights by trying to force him to sell the team. Racist comments landed Sterling in hot water with the league.

Arson investigation: South Korean police are questioning an 80-year-old man in connection with a hospital fire that has killed at least 21 people, emergency officials said. The facility treats elderly patients. Authorities believe the fire may have been intentionally set.

#Winning: Social media scored big this week, helping return a kidnapped Canadian newborn to her parents after she was taken from a Quebec hospital. Publicity about baby Victoria's disappearance started with an Amber Alert sent out by police, which quickly went viral. She was only 16 hours old when she was abducted, her mom Mélissa McMahon said on Facebook. A woman recognized the suspect as a former neighbor and led police to her, solving the case.

- Keyboard paws: You otter be there for their next concert.

- Scary cool: It's a beautiful tornado, unless you're this close to it.