In today's edition of the "Good Stuff," an anonymous person is sending people in the San Francisco area on the hunt for cash. CNN's Chris Cuomo reports.

A wealthy benefactor is tweeting clues to money from the Twitter handle @HiddenCash.  There, the mission is described as "an anonymous social experiment for good."

Matt Burkurt is one lucky recipient of the cash. He found an envelope with $100 dollars in it tucked into a bulldozer by the beach.

The donor behind the account called CNN affiliate KTVU and said he wants to keep his identity a secret.

The man did reveal, however, that he has plenty of money from working in real estate.

He says he hopes people will pay their good fortune forward.

According to the lawmaker's website, the “Helping Families in Mental Health Crisis Act” attempts to address "the nation’s broken mental health system by focusing programs and resources on psychiatric care for patients & families most in need of services."

“How much is enough before America and Congress says ‘we have got to pass some laws here which change the way, fundamentally, that we approach mental illness, ' Rep. Murphy said Wednesday.

"I think that time is absolutely now.”

On Tuesday, Forensic Psychiatrist Dr. Michael Welner said this legislation does have the potential to stop mass killings like the recent massacre in California.

Dr. Welner said the "system has got to change to enable people who are in crisis to receive treatment, to be placed in a safe environment so that they don't endanger themselves or others." 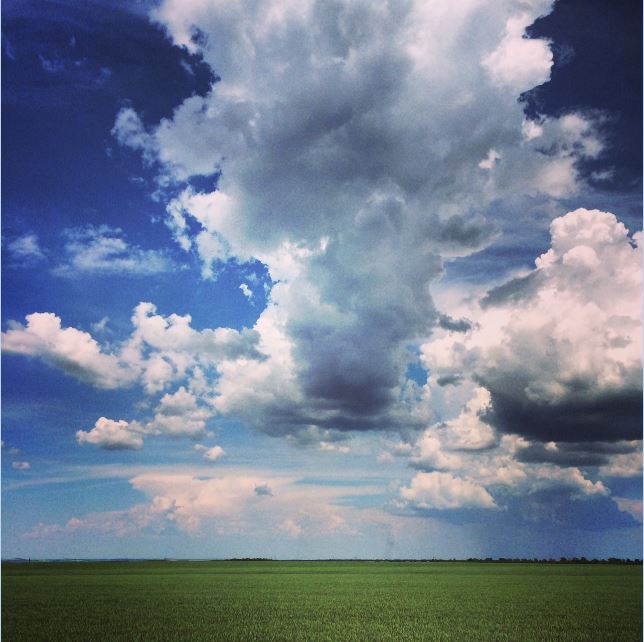 Photo of the Day: View From the Road to Donetsk

In our photo of the day, CNN cameraman Brad Olsen shared this view as he covers the fierce fighting that closed Donetsk airport in Ukraine.

"On the road to Donetsk in Eastern Ukraine and clouds are building. The airport was closed by fighting so we have to drive in. If you look closely there is a column of smoke on the horizon. We are not going that way so won't know its cause. There are no words of reconciliation being spoken today and we hear fighting is expected to resume in the afternoon."

A tornado that ripped across a part of North Dakota left nine workers injured at an oil field camp.