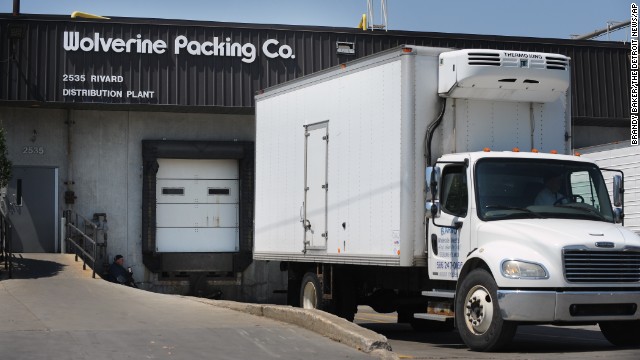 Stores May Have Received Tainted Beef

The U.S. Food Safety and Inspection Service on Wednesday named retailers in nine states that may have received tainted beef.

Two days earlier, the FSIS announced that 1.8 million pounds of ground beef products were being recalled on fears that they could be contaminated with E. coli O157:H7.

The federal agency named five stores in nine states. They are as follows:

Recalled cases of beef from Wolverine Packing Company in Detroit were produced between March 31, 2014, and April 18, 2014.

Based on investigations, 11 people across four states are suspected to have been sickened by the product.

A spokesperson for the U.S. Department of Agriculture said the meat is in the process of being removed from store shelves, and until that process is over, consumers should return or destroy meat that has the code EST.2574B and has a production date between March 31-April 18, 2014. The meat is sold under a variety of labels.

The list released Wednesday is not final, the spokesperson said. More establishments will be added as the USDA continues an investigation.