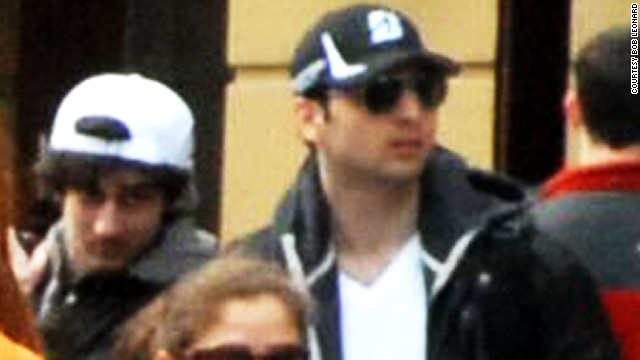 President Obama promises accountability at the VA. Prosecutors reveal new details on the Boston Marathon bombers. And a young woman is found nearly 10 years after her mother reported her missing.

Responsibility: President Barack Obama is promising more accountability in the scandal embroiling the Veterans Affairs health care system. When? We're not sure. The President says he needs more time to study the situation. Today, three senior VA officials are likely to get grilled on Capitol Hill over allegations of cooked books, a secret wait list and cover-ups. The VA has acknowledged 23 deaths nationwide due to excessive waits by veterans for care.

More help: The White House says the United States has deployed 80 members of its armed forces to Chad to help in the search for the kidnapped Nigerian schoolgirls. They'll support reconnaissance missions over northern Nigeria. The Islamist group Boko Haram abducted more than 200 girls last month from a school in the region. Nigeria has asked the U.N. to designate Boko Haram as a terrorist organization. That could happen today.

On MAY 22, schoolgirls of the world march for Nigeria's kidnapped girls! See Bringbackourgirls.US! #BringBackOurGirls pic.twitter.com/ZcL9ERH2O5

The case: Apparently there was some sophistication to the explosives used by the accused Boston Marathon bombers. Prosecutors say the mechanisms used Christmas lights and model-car parts. We learned more about the case yesterday as they filed a motion in court that details some of their evidence. Dzhokhar Tsarnaev has pleaded not guilty to killing four people and wounding more than 200. His brother Tamerlan died in the manhunt that followed the bombing.

Deadly attack: More than 30 people are dead and dozens more wounded after an attack on a market in western China today. The state-run Xinhua news service reported that two SUVs plowed into people gathered at the market in the volatile Xinjiang region and threw out explosives. President Xi Jinping called for the terrorists behind the attack to be "severely" punished.

UPDATE: Photo from Weibo user who claims to be at scene of explosion in China's Urumuqi, capital of #Xinjiang pic.twitter.com/eOjdUfXjuq

10 years lost: Police in Santa Ana, California, have located a 25-year-old woman nearly a decade after her mother reported her missing. Isidro Garcia was arrested yesterday and booked on suspicion of kidnapping for rape, lewd acts with a minor, and false imprisonment, police said

–Frostie the snow goat: Frostie's a sick little kid, but is getting help at Edgar's Mission in Australia.

- Hungry Like the Wolf Blitzer: This episode of Superstar Karaoke features one of CNN's own.

- Bird brain: It's time for peekaboo with Cody, a ring necked parakeet.

- Glow in the Dark: Golf trick shots, but in the dark.

- Oh Canada: A man in northern Ontario found a newborn baby moose on the side of the highway and knew he had to help. Oliver is now being taken care of by the folks at the Wild at Heart Wildlife Refuge Centre in Lively.