Two major national pet stores are pulling all dog and cat treats made in China off of their shelves as years of complaints to the U.S. Food and Drug Administration pile up that jerky treats from China were possibly making pets sick.

Vice President of Merchandising for Petco John Sturm said they are voluntarily removing these products after consumers voiced concerns.

Another major pet food retailer, PetSmart, is pulling Chinese-made jerky treats from its stores in the U.S. and Canada.

The treats have been linked to more than 1,000 dog deaths and nearly 5,000 other pet illnesses.

The FDA said it's still working to determine the exact causes of the illnesses.

While the products won't actually disappear from PetSmart shelves until March of 2015, Petco plans to pull the products by the end of this year.

WATCH INTERVIEW WITH STURM ABOVE

Boy Born Without Arms Gets $100,000 Prosthetics

Jameson Davis was born without arms, and he just became the youngest person ever to be fit with myo-electric prosthetic limbs.

"In the simplest terms, it just flexes his little bicep, it'll open or close the hand," his father Jim Davis described.

"It's amazing to know there are great people in Spokane and they are willing to help strangers," Davis said.

See the full story at CNN affiliate KXLY, and if you have #GoodStuff news, let us know! 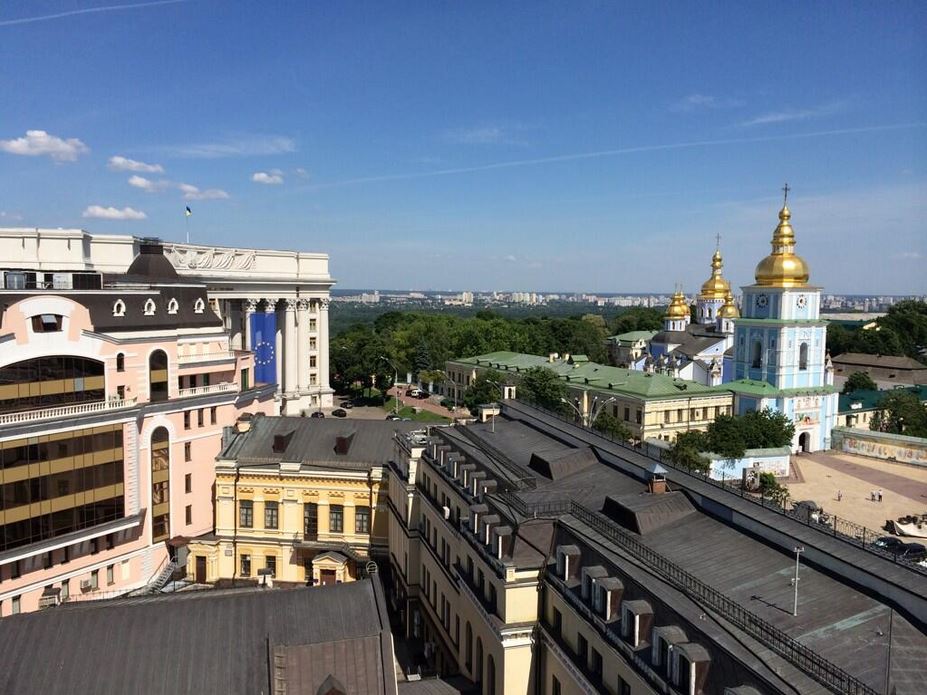 Photo of the Day: Reporter Offers View of Kiev Skyline

In our photo of the day, we follow CNN's Jim Sciutto as he's in Ukraine to cover the upcoming elections this weekend.

What to do if Your Swimming Pool Becomes Electrified

Terrifying video from CNN affiliate WFOR shows three Miami children being shocked as the pool they're in becomes electrified.

One girl gets zapped and her father pulls her out immediately.

Another girl grabs the railing but is unable to let go; the electricity contracts her muscles and she looks lifeless. Her grandfather snatches her from the water, getting himself shocked in the process.

Miraculously, no one died – but this shocking incident serves as a great lesson heading into the holiday weekend: be careful of exposed wiring by your pool, and keep a fiberglass hook nearby in case you need to scoop out a friend in a split-second’s notice.

How can pools become electrified?

Dr. Sanjay Gupta says anything electrical in or around your pool can be a risk – lights, pumps, filters – especially in pools built before 1984, a time when there were fewer safety regulations.

In this case, WFOR reports the pool became electrified due to unconnected ground wires in the pool pump house.

When the girl touched the handrail, she acted as the 'ground' and the electricity pulsed through her.

How to stay safe:

If you have a pool, it’s your responsibility to inspect the wiring in the lights and around your pool area.

– On underwater lighting circuits operating at more than 15 volts

– On electrical equipment used with pools, hot tubs, and spas, including 120-volt and 240-volt heaters close to the pool

The CPSC also says you should have a fiberglass Shepherd’s crook/rescue hook nearby.

Dr. Gupta said having this non-conductive material handy will allow someone to scoop a victim out of the pool without becoming a victim himself.

On "New Day" Friday, Chris Sloan shared the story of his son, Calder, who died from being electrocuted in a pool after brushing up against the pool light.

"This was a kid that had an absolute zest and gusto to live but also to be absolutely – he was just so beautiful to other people and to me – this is not just a tragedy for us but also the world to lose such a very special boy."

Sloan is on a mission to spread information about pool safety.

You can see more about his son's story at Calders Legacy.