Former NFL Player: Nobody Ever 'Spoke About The Issues I'm Gonna Have With my Kidneys'

The NFL allegedly supplied these players, including former Chicago Bears Richard Dent, Keith Van Horne and Jim McMahon, as well as ex-San Francisco 49ers offensive lineman Jeremy Newberry, with powerful painkillers and other dangerous drugs to keep them on the field at any cost.

Now these men say they're seeing serious medical complications from the drugs administered by team doctors who gave them no warnings about potential long-term effects.

Newberry, a father of four, said he had 16 orthopedic surgeries in his NFL career.

He said he now has stage-three kidney failure,  or about 30 percent of function in his kidneys.  He's currently not on dialysis but he said if he gets much worse he'll need dialysis or a kidney transplant.

On "New Day" Wednesday, Newberry spoke about his health. He said his kidney issues are directly related to the painkiller Toradol and anti-inflammatory medication he was given throughout his career.

While Newberry acknowledged football can be hazardous, he said he expected broken bones and knee surgeries. He did not expect renal function failure.

"Nobody ever in my entire life ever spoke about the issues I’m gonna have with my kidneys because I played a game of tackle football," he said.

But how can they prove these issues are endemic to the league?

Newberry said with the named plaintiffs in the case and the hundreds of others that have signed up, every team in the NFL is covered in the suit.

"This is larger problem with the culture in the NFL," he said.

When asked why as a player he would continue trusting the teams' doctors and taking the medications – he replied:

The NFL has made no comment so far, with commissioner Roger Goodell only saying that he "doesn't believe any of our attorneys have had the opportunity to look at it."

READ:  NFL Sued by Former Players Who Allege Illegal Use of Painkillers to Mask Injury 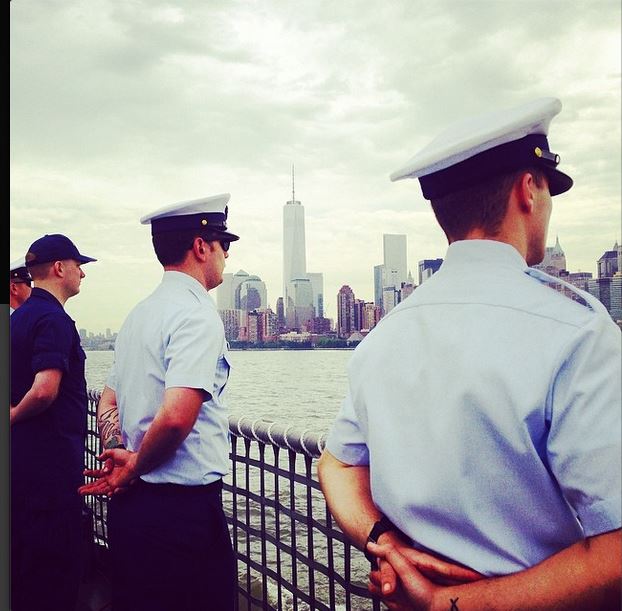 Photo of the Day: Fleet Week

In our photo of the day, CNN's Miguel Marquez shared an image from Fleet Week in New York City.

In today's edition of the "Good Stuff,"  an anonymous letter inspires a California community impacted by the recent wildfires. CNN's Chris Cuomo reports.

It begins: “We cannot escape the tragedies that arise in our lives. We can search for a reason and ask – why? Maybe we could hold others at fault or imagine what life would be had this not happened, but perhaps what defines our character is not our struggles but how well we meet them and rise up after getting knocked down."

Nobody knows who put the letter there, it was only signed "GB."

See the full story at CNN affiliate KNSD and if you have #GoodStuff news, let us know.