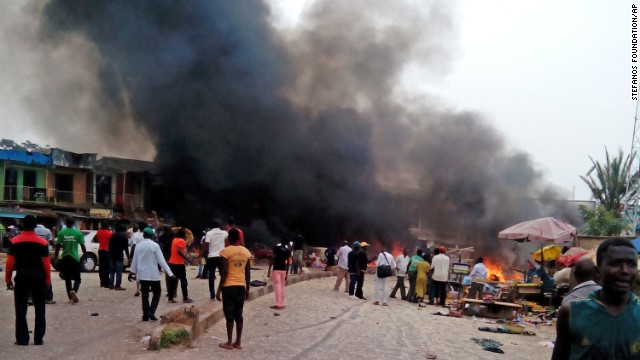 Primary elections across the country produce few surprises. The NBA makes its case against Donald Sterling. And a ground beef recall expands nationwide.

Mini-Super Tuesday: It was billed as a marquee matchup, but in the end it was an easy night for Mitch McConnell. The five-term Republican senator from Kentucky easily defeated a tea party-backed challenger in yesterday's primary. In another high-profile race, this time in Georgia, Republican businessman David Perdue will face off against Rep. Jack Kingston in a July runoff election. The winner meets Michelle Nunn, daughter of former Sen. Sam Nunn, in the general election.

Deadly violence: A pair of explosions at a market in central Nigeria yesterday killed 118 people, officials said. The blasts targeted the Terminus market and went off some 20 to 30 minutes apart. Terrorism in Nigeria has been in the spotlight recently since more than 200 schoolgirls were kidnapped by the militant group Boko Haram. The terror group abducted 276 girls in April from a boarding school in Chibok in northeastern Nigeria. Dozens escaped, but more than 200 girls are still missing.

Making a case: The NBA is out with a 30-page document detailing the charges against Donald Sterling. The summary obtained by the L.A. Times could lead to NBA owners voting to strip Sterling and his wife, Shelly, of the Los Angeles Clippers. They've co-owned the franchise for 33 years. In addition to making racist remarks, Sterling is accused of trying to persuade his friend V. Stiviano to lie to league investigators. There are many, many other examples.

Four states and counting: The United States Food Safety and Inspection Service is recalling 1.8 million pounds of ground beef products over fears they may be contaminated with E. coli. The recall was initially limited to a handful of states, but the agency now fears the meat may have been distributed nationwide.

PR 101: Here's how NOT to enter a discussion about bullying. Maybe think twice before telling the kids they need to "grow a pair."

- Bearly made it: Mama bear saves baby bear from getting squashed. Everyone say, "aw."
https://www.youtube.com/watch?v=ztXBH63SYgY

- Ringtone jam: It's like getting a call on your iPhone, but with a better beat.

- Football poltergeist: Some folks think they see a ghost in this televised soccer match. Others believe it's just the reverse, or negative image of one of the real players on the field.

- What could be more fun? It's time for "Rodents on Turntables."