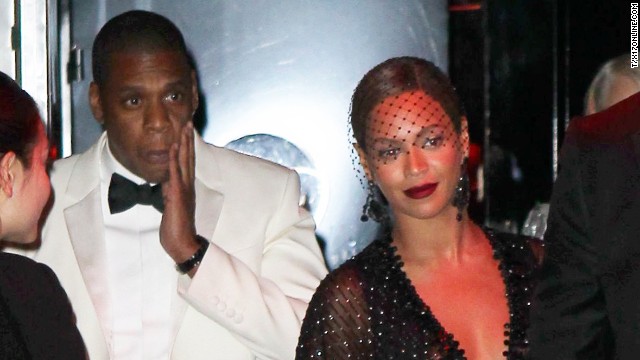 Five Things to Know for Your New Day – Friday, May 16

Firefighters catch a weather break in Southern California. Donald Sterling isn't backing down. And the family feud between Jay Z and his sister-in-law appears to be over.

Cooling down: Things could be better today in Southern California. The temperatures will be cooler and the winds not as fierce, but the conditions are still dangerous. About 10,000 acres have been gobbled up by the flames. As many as nine wildfires have been burning at one time. Arson is a popular theory, but authorities don't have any evidence of it. Still two teens have been arrested in connection with small brushfires in Escondido. They're not linked to the bigger ones.

Not without a fight: Did you think Donald Sterling would quietly ride off into the sunset after the NBA banned him for life and fined him $2.5 million for making racist comments? Guess again. Multiple reports say the Clippers owner rejected both in a letter to the league. Anything else? Yes, Sterling is threatening to sue unless the NBA drops the punishment.

Uncertain future: The handicapped husband of a woman sentenced to death for being a Christian says he's frustrated and uncertain of what to do next. This week, a court in Sudan convicted Meriam Yehya Ibrahim, 27, of apostasy, or the renunciation of faith. Ibrahim is Christian, but the court considers her to be Muslim because her father was. Her legal team plans an appeal of the verdict, which has been widely condemned by human rights organizations. In the meantime, Ibrahim, who is eight months' pregnant, remains in prison with her 20-month-old son.

Promising, not a cure: Doctors at the Mayo Clinic used a highly concentrated dose of the measles virus to treat a woman with an incurable cancer. The disease is now in remission. The dose used was strong enough to vaccinate approximately 10 million people. It was also used on other people who had cancer throughout their bodies, but didn't produce the same results. Doctors believe the treatment may stimulate the body's immune system to attack cancer cells. There's still a lot of work to do on this type of therapy.

A rapper, a singer and a sister: The tiff between Beyoncé's hubby, Jay Z, and her sister, Solange Knowles, has been put to rest, the family says. A surveillance video originally posted by TMZ showed Solange, the younger sister of Beyoncé, hitting and kicking her brother-in-law in an elevator. "Jay and Solange each assume their share of responsibility for what has occurred," a family statement said. So, that's that.

–Jammin' on the job: This guy clearly enjoys life. We wonder though if he's still an EMT now that this video is making the rounds? Maybe his boss doesn't go on YouTube or Facebook or Twitter or ...

- Bosnia bridge: Massive flooding rips loose a pedestrian bridge in the city of Zavidovići and slams it into another bridge.

- Wolverine claws: This was bound to happen with the new X-Men movie coming out. DIY lethal weapons, plus lots of yelling and rock music. Boys will play.

- Ball skills: These two hounds are lacking in eye-mouth coordination. Six words: Keep your eye on the ball.

- Emerald Isle: Here's another great GoPro video. This time in Ireland. Take a look at these shots from a quadcopter over the Cliffs of Moher, Cork, Dingle and Galway.